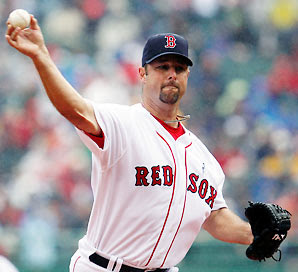 Johnny Damon is chatty this week.

“If he’s used in the right way, he can be very effective," said former teammate Johnny Damon. “But when you don’t know what you’re doing - if you’re in the bullpen, if you’re starting - it makes it tough. It would be tough on me if I didn’t know whether I was starting or coming off the bench.

“I hope [the Sox] re-sign him and I hope he gets his wins. He deserves it. Tim’s a great guy."

I'd do it. I'd absolutely do it. For one thing, Wakefield has handled shifting roles for several years without a word of complaint.