This time it's hot 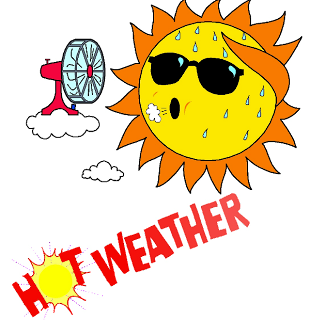 Our number one prospect, Jackie Bradley Jr, is back in the dugout to join the Red Sox on their current set with the Phillies.

I for one am excited to see if his second stint in the majors will bring back that magic he was showing us in Spring Training.

Bare with me, I think I have found his problem the first time around.

It just might be the drop in temperatures that he faced that were causing all the problems.

Let us take a closer look, with the games played in temperatures around a balmy 80's, he was hitting .419 over 63 at bats during Spring Training. It brought a sigh of contentment to Red Sox fans everywhere and a bit of a headache for the Red Sox management with regards to carrying him on the rooster Opening Day.

Then the Red Sox traveled north, the temperatures dropped and so did Jackie Bradley Jr.'s batting average.

He went 0 for 20 before being sent down.

Some might say it is the jump into the Major League that has affected him. That the pomp and glory of life in the Majors is too much of an effect on him. I say look closer at the schedule that the Red Sox played in cold weather during his first stint in the majors.

New York, Toronto, and Baltimore where temperatures have been in the regions that bring to mind more thoughts of American Football than of going to the ballgame.

With the temperatures getting into the 90's now, I am looking forward to seeing Jackie Bradley Jr running around the outfield in Philly and New York ballparks. He has played in New York once already, but now it will be much warmer.

I think he is gonna entertain us this time around, bringing back memories of Spring Training numbers once again. What do you think? Will he hit power or average? Do you take the over or under on a batting average of .350?

I am taking over.