The Boston Red Sox were able to knock out the defending American League champion Detroit Tigers with a thrilling 5-2 Game 6 victory Saturday night.

Two playoff series down, one to go. The Red Sox are World Series bound. Get the defibrillator's ready.

As Boston prepares for the National League Champion St. Louis Cardinals, let's take a look at the Red Sox report card from the ALCS.

Head of the Class 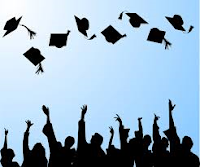 A: Jacoby Ellsbury - Ellsbury led the team in batting average, hits, steals, walks, was second in runs scored and third in RBI. After each series Ellsbury's stock continues to rise and agent Scott Boras just adds more zeros to any potential contract. KA-CHING!

A: Craig Breslow - Breslow appeared in four games and is yet to give up a run in the playoffs. Breslow totaled 3 1/3 innings, had two strikeouts and allowed just one hit. Think Jim Leyland would've liked an arm like this? He may not have retired.

A: Mike Napoli - Napoli's bat came to life in the ALCS as he led the team in home runs, runs scored and was second in average. Not to be overlooked was his superb defensive play at first base. However, would it kill Napoli to leave his shirt on during post game celebrations?

A: Junichi Tazawa - Tazawa appeared in four games, gave up just one run and got key outs from baseball's best hitter Miguel Cabrerra. It's Taz-mania! Print the t-shirts.

A -: Shane Victorino - Victorino is like that guy in college who parties ever night, never shows up for his Statistics class until the final then aces it. Victorino hit.125 in the series with 9 strikeouts and just three hits. However, one of those hits will be remembered alongside Fisk as one of Boston's most memorable sports moments. 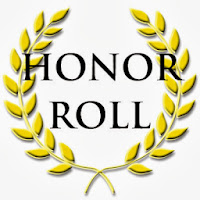 B +: Jon Lester - Lester went 1-1 in the series with a 2.31 ERA and showed why his is the Boston ace. Somewhere Josh Beckett grabs a drumstick and a cold one and says, "Belch."

B+: Xander Bogaerts - The X-Man only had six at-bats in the series, but he made them all count. Bogaerts hit .500, led the team in runs scored, doubles and proved, at just 21-years-old, he has the poise and patience to be in the World Series lineup.

B: David Ross - Ross caught Jon Lester's two stellar starts, had a double, drove in a run and single-handedly knocked Tigers backstop Alex Avila from the Series with a home plate body slam.

B: Brandon Workman - Workman pitched threw games and did not allow a run. His Game 6 performance saved Franklin Morales from a public lynching.

B-: David Ortiz - Big Papi had just two hits in the series, but his dramatic Game 1 grand slam set the tone for the rest of the ALCS. Build the statue now, John Henry.

C: Dustin Pedroia - Pedroia hit .273 with only one RBI in the series. Pedey's misplay proved costly in game 5, but his play on the Fielder flop in Game 6 gets him the "gentleman's C."

C: Jonny Gomes - Gomes' stats never tell the complete story. Gomes hit just .188 with seven strikeouts, but was in the middle of every rally. We are happy to report Larry Lucchino will have Gomes' post-game helmet cam video for sale for just $29.95. 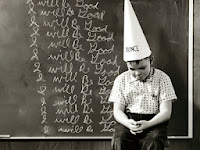 D+: Jarrod Saltalamacchia- Salty struggled in the series hitting just .188 with eight strikeouts. Expect to see more of "The Wolf" behind the plate moving forward.

D-: Stephen Drew - Drew had just one hit in 20 at-bats with 10 strikeouts. However, his "rangey" play in the field keeps him from hanging next to Franklin Morales in the ALCS Hall of Shame.

F: Franklin Morales - Morales had an ERA of 0.00 in the series. Numbers do lie. His Game 6 performance may leave Morales off the World Series roster and pitching in Miami next season. 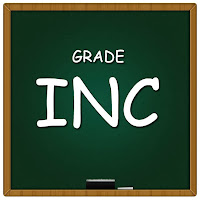 Mike Carp - Carp had five at-bats, struck out twice and looks like he should be playing the banjo kid in a remake of Deliverance.

Quintin Berry - Berry got into one game and did what he does best - stole a base.

Ryan Dempster - Demps pitched one inning while you were getting another beer. He gave up a hit.