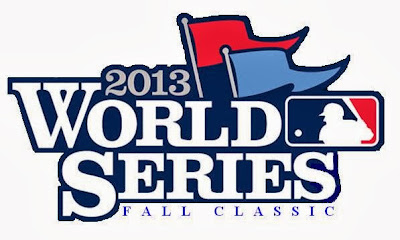 This marks the fourth time the two historic franchise have met in the World Series. The Cardinals are 3-1 vs the Sox in the fall classic. However, the Sox swept the Cards in four games during Boston's historic 2004 season.

Here's the tale of the tape:

Red Sox: Jarrod Saltalamacchia led AL back stops with 40 doubles and 54 extra-base hits during the regular season. The 40 doubles set a single-season record for a Red Sox catcher. In the 2013 playoffs, Salty has hit .231 with just on extra base hit and leads the team in strikeouts.

Cardinals: Yadier Molina hit .319 and drove in 80 runs during the regular season. While Molina struggled in the NLCS, 5-for-25, he is arguably the best catcher in baseball and a MVP candidate.

Red Sox: Dustin Pedroia hit over .300 for the fourth straight year with nine home runs, 91 runs scored and 84 RBI. Pedroia's also one of the best defenders in baseball and ranked fourth in defensive runs saved (15) among all players in the American League. Pedroia has 24 postseason RBI in his career, but knocked in only one run in the ALCS.

Red Sox: Will Middlebrooks and Xander Bogaerts will probably share time throughout the series with the rookie seeing most of the work. Middlebrooks had one hit in five ALCS games. Bogaerts had five hits in 10 ABs.

Edge: Let's call it even.

Cardinals: As bad as Drew has looked, Pete Kozma is worse. Kozma hit .211 in the regular season and .067 in the NLCS.

Edge: At least Drew is "rangey" in the field. Red Sox

Red Sox: Jonny Gomes and Daniel Nava will maintain their platoon in left field. Gomes may get the most starts in the series. You see it, I see it, manager John Farrell see's it; there is just something special about Jonny Gomes.

Red Sox: Jacoby Ellsbury has hit .400 with 10 runs scored, five RBI, three doubles, a triple and six stolen bases through the 2013 playoffs. For the season, Ellsbury hit .298, scored 92 runs and led the league with 52 stolen bases.

Cardinals: The Federalist Jon Jay has been so bad at the plate and in the field throughout the playoffs that he found himself on the bench in favor of Shane Robinson in Game 6 of the NLCS.

Red Sox: Shane Victorino hit .429 with three RBI in the ALDS, then went 3-for-24 in the ALCS. We all know where one of those hits ended up. Victorino is also one of the best right-fielders defensively in baseball.

Cardinals: Carlos Beltran is one of the greatest postseason players of all-time with 37 RBI in 45 playoff games with an OPS of 1.173. While he is hitting only .256 this October, he drove in 12 runs in 11 games.

Red Sox: David Ortiz will likely see time at first base once the series shifts to St. Louis for Games 3,4,5. During the regular season, Ortiz hit .309 with 30 homers, 103 RBI and .959 OPS. Big Papi hit .385 with two homers and three RBI in the ALDS, but slumped in the ALCS with only two hits. Half of those hits changed the series.

Cardinals: Allen Craig looks ready to go after suffering a foot injury that has held him out since Sept.4. The Cards cleanup hitter batted a major league-best .454 during the regular season with runners in scoring position. St. Louis has a lot riding on Craig's health this series.

Red Sox: Lefty Jon Lester starts Game 1 Wednesday. Lester has been ace-like through the playoffs with two wins in three starts and a 2.33 ERA. John Lackey was dominant in Game 3 against the Tigers going 6 2/3 scoreless innings and is likely to start Game 2 at Fenway Park. Clay Buchholz has been inconsistent and Jake Peavy was shelled for seven runs in three innings in the ALCS.

Cardinals: Rookie Michael Wacha has been other worldly through the playoffs. He's 3-0 with a 0.43 ERA, .114 batting average against and a 22-to-4 strikeout-to-walk ratio in 21 playoff innings pitched. 19-game winner Adam Wainwright has a career playoff ERA of 2.10 in 10 starts. Righties Lance Lynn and Joe Kelly are 3-2 with an ERA over 5.00 this postseason.

Red Sox: The Red Sox have been virtually perfect through the playoffs, allowing just one run in 21 relief innings against the Tigers. ALCS MVP closer Koji Uehara has saved five games and given up just one run in nine innings. Brandon Workman and Craig Breslow have also gotten key outs throughout the playoffs.

Cardinals: The Cards 'pen allowed just 10 hits in 19 innings against the Dodgers in the NLCS. Randy Choate, Carlos Martinez and Trevor Rosenthal allowed just three hits in a combined 11 2/3 innings.

Red Sox: Boston's bench has seen limited action thus far, but they should see more time especially in the National League park. Daniel Nava reached base three times in seven plate appearances during starts in Games 1 and 4 of the ALCS. Quintin Berry has speed and is 27 for 27 in career stolen base attempts. Mike Carp has pop and led AL pinch-hitters with nine RBI. Backstop David Ross seems to have become Jon Lester's personal catcher and had a key double in Game 5. Will Middlebrooks will likely be the right-handed bench bat and does have power.

Red Sox: John Farrell has turned the team around that finished with just 69 wins last season under the manager-that-shall-not-be-named. Farrell has proved throughout the playoffs that there's no reason to question any move he makes.

Cardinals: Mike Matheny has just two seasons as a major league manager, but did play in the 2004 Series against the Red Sox.

I will admit I have been wrong about this team all season long. I predicted under 90 wins - they won 97. I predicted they would stumble after the All-Star break - they got better and finished with the best record in baseball. I predicted losses to the Rays and Tigers in the playoffs and the Sox are World Series bound. Cue the unicorns and rainbows and get me a Stephen Drew jersey, it is time for your humbled-but-nonetheless-handsome Guru to drink the Boston Strong Kool-Aid and believe in the beards. While the two teams are evenly matched, I give the Red Sox an edge in eight of the 13 categories above. They also get the edge in one category that even the geekiest of sabermetricians find immeasurable - heart. The road to redemption is almost complete. Red Sox in 7.