ALCS Preview: Red Sox and Tigers tale of the tape 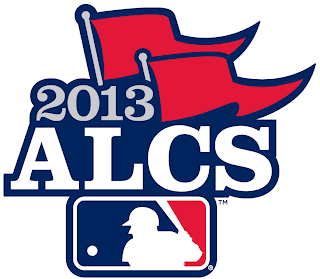 This is the first time Detroit and Boston, two of the major leagues most historic franchises, have met in the postseason.

Here's the tale of the tape:

Red Sox: Jarrod Saltalamacchia led AL back stops with 40 doubles and 54 extra-base hits during the regular season. The 40 doubles set a single-season record for a Red Sox catcher.

Tigers: Alex Avila hit just .227 and threw out a career low 12.2 percent of base runners this season.

Red Sox: Mike Napoli set career highs with 92 RBI, 129 hits, 36 doubles, 79 runs, 73 walks and 498 at-bats. Despite playing first base full time for the first time in his career, Napoli was a solid defender with 10 runs saved and a 9.7 UZR, according to Fangraphs.

Tigers: Prince Fielder hit .279 with 25 homers and 106 RBI during the regular season, but didn't drive in a run in 18 at-bats during the ALDS and has not driven in a run in his last 13 postseason games.

Red Sox: Dustin Pedroia hit over .300 for the fourth straight year, but had just nine home runs. Pedroia has 23 postseason RBI in his career, including five in this years ALDS. Pedroia's also one of the best defenders in baseball and ranked fourth in defensive runs saved (15) among all players in the American League.

Tigers: Omar Infante led AL second basemen with a .318 batting average and hit .325 with runners in scoring position. Infante is not a good defensive player and cost the Tigers five runs this year.

Red Sox: Will Middlebrooks hit only .227 during the regular season and enters the ALCS in an 11-for-71 slump. Middlebrooks season average against right-handed pitching was just .206. The Tigers rotation is all righties. The Sox may give rookie Xander Bogaerts a start at third during the series.

Tigers: Miguel Cabrera has been playing hurt since early September and his power numbers are down. Last years Triple Crown winner did hit a critical two-run homer in Game 5 of the ALDS on Thursday, but it was just his second homer and third extra-base hit since Sept. 1. Still, Cabrera is the biggest threat at the plate and his career average at Fenway Park is .354.

Red Sox: Among AL shortstops this season, Stephen Drew ranked second with 67 RBI, tied for third with 13 homers, but had 124 strikeouts in 442 at-bats. Drew's .196 average against left-handed pitching had manager John Farrell pinch hitting for him late in the ALDS.

Tigers: Jhonny Peralta returned from a 50-game PED suspension and could be back at the shortstop position if manager Jim Leyland chooses to sit slumping Jose Iglesias. Peralta crushed left-handed pitching with a.964 OPS this year.

Red Sox: Jonny Gomes and Daniel Nava will maintain their platoon in left field. Nava may get the most starts in the series due to the heavy right-handed pitching match-up, but expect Gomes to getting plenty of AB's. Gomes hit .346 with runners in scoring position and hit four pinch-hit homers.

Tigers: If Peralta stays at shortstop, Andy Dirks is expected to start in left field. He's an underrated player and set career highs in runs, hits, homers and RBI this year.

Red Sox: Jacoby Ellsbury hit .500 with seven runs and four steals in the ALDS. For the season, Ellsbury hit .298, scored 92 runs and led the league with 52 stolen bases. Ellsbury hit .320 with five RBI against the Tigers during the regular season.

Tigers: Austin Jackson struggled in the ALDS, going 2-for-20 with 13 strikeouts. During the regular season, he hit .478 with seven runs against the Red Sox.

Red Sox: Shane Victorino hit .429 with three RBI in the ALDS. Victorino was a great addition to the Sox this season as he hit .294 with 16 homers, 61 RBI and 82 runs scored. Victorino is also one of the best right-fielders defensively in baseball.

Tigers: Veteran Torii Hunter hit.301 with 17 homers, 84 RBI and 90 runs in his first season with Detroit. However, Hunter hit just .158 against the A's in the ALDS.

Tigers: Victor Martinez hit .450 in the ALDS with a homer, two RBI and five runs. During the regular season, he hit just .185 against the Red Sox, but drove in five runs.

Red Sox: Lefty Jon Lester starts Game 1 Saturday. Lester was dominant against Tampa Bay in Game 1 of the ALDS. Clay Buchholz will start Game 2 followed by John Lackey and Jake Peavy. The Sox starters went 2-0 with a 3.70 ERA against the Rays in the ALDS. During the regular season, Lester was 2-0 against Detroit.

Tigers: AL ERA leader Anibal Sanchez, who lost Game 3 to the A's, will face Lester on Saturday at Fenway Park. Max Scherzer, who started and won Game 1 of the ALDS and came out of the bullpen to win Game 4, should be ready to face Boston in Game 2 Sunday. Verlander, who won Game 5 Thursday, won't be able to start until Game 3 Tuesday at Comerica Park. Verlander threw 15 scoreless innings against the A's, striking out 21. Beating Scherzer and Verlander twice in a seven game series will be tough.

Red Sox: The bullpen went 1-1 with two saves and a 1.64 ERA (two earned runs in 11 innings) in the ALDS. Closer Koji Uehara has been one of the Sox MVPs this season. Despite giving up a walk-off home run in the ALDS, Koji has been lights out for the past three months. Since Aug. 3, he has 35 strikeouts and no walks. Lefty Craig Breslow (1.81 season ERA and 3 2/2 scoreless frames in the playoffs) and right hander Junichi Tazawa (72 strikeouts in 68.1 innings) will see a lot of work in this series. Brandon Workman, Felix Doubront, Franklin Morales and Ryan Dempster round out the 'pen.

Tigers: The bullpen may be the Achilles heal of this Tigers team. Their 4.01 ERA was near the bottom of the third in the league. Joaquin Benoit and Drew Smyly have been good, but if Max Scherzer hadn't bailed them out in Game 4 in the ALDS, the Tigers might not have advanced.

Red Sox: Boston's bench saw limited action against the Rays, but they should see time if this series goes seven. Quintin Berry has speed and is 27 for 27 in career stolen base attempts. Xander Bogaerts displayed patience at the plate in the ALDS and scored three critical runs. Mike Carp has pop and led AL pinch-hitters with nine RBI. Back up catcher David Ross seems recovered from mid season concussions, is one of the best game callers in baseball and had an .804 OPS against lefties this year.

Tigers: Jose Iglesias may be on the bench and be a defensive replacement if Leyland goes with Peralta at short. Utility player Don Kelly can play all over the diamond, Brayan Pena is an offensive-minded catcher, switch-hitting Ramon Santiago can play second and short and Herman Perez can play third.

Red Sox: John Farrell has turned the team around that finished with just 69 wins last season under the manager-that-shall-not-be-named. This will be Farrell's first ALCS as a manager.

Tigers: Jim Leyland certainly has the edge in experience and has been managing since 1901 it seems. This will be Leyland's third straight appearance in the ALCS. He's won two of them.

The Red Sox have the bats, the Tigers have the arms. It's a heavyweight title fight between the two best teams in the American League. Boston needs an early knockout as a longer series favors the Detroit starting pitching staff. It will be a hard fought and entertaining series, but the Sox Rocky-like season comes to an end in the championship round. Tigers in six.