Game 2: Through the Twitterverse 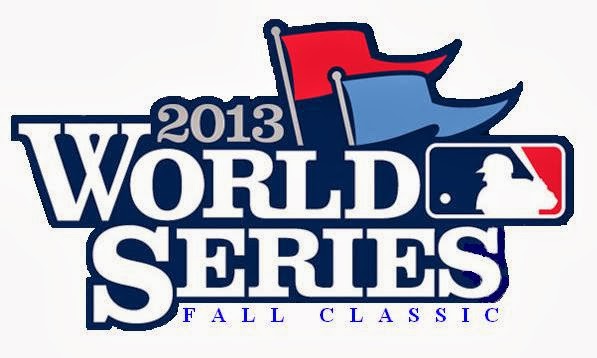 A calm, fall Boston sunset leading to a rowdy #WorldSeries night (via @ibraheemyoussef) #GoSox pic.twitter.com/kJIZvTaduH
— Only In Boston (@OnlyInBOS) October 24, 2013

Lackey completes the scoreless first by getting Matt Adams to fly out to a much more composed and vertical Gomes.
— SI MLB (@si_mlb) October 25, 2013

That's the first time the Red Sox haven't scored on the Cardinals in the first inning of a World Series game since 1967.
— Will Leitch (@williamfleitch) October 25, 2013

Ellsbury gets the first hit on the night for the Red Sox as he shatters his bat for a bloop single!
— Rachel M. (@REMBostonsports) October 25, 2013

Red Sox flash some leather behind John Lackey in the 5th. Cardinals still holding a 1-0 heading to the home half.
— Big League Stew (@bigleaguestew) October 25, 2013

Wacha allows leadoff walk, gets out of inning. Still, #RedSox have made him throw 88 pitches thru five. #STLCards' bullpen will be involved
— Scott Lauber (@ScottLauber) October 25, 2013

The baseball purist in me appreciates the beauty of a good pitchers duel. The rest wants to inject everyone in the lineup with PEDs now
— Jerry Thornton (@jerrythornton1) October 25, 2013

PHOTO: 2-run home run by @davidortiz and the Sox are in the lead: Game updates: http://t.co/yB6arNPqeC pic.twitter.com/vfNjcnlASF
— Boston.com (@BostonDotCom) October 25, 2013

Once again, Lackey has pitched a hell of a game. I'll take THIS John Lackey any day. #RedSox #WorldSeries
— Scott Levesque (@scottlevesque) October 25, 2013

Who would've thought 2 years ago John Lackey would get a standing ovation at the World Series, leaving with a chance to win? (Proofread.)
— Eric Frede (@ericfrede) October 25, 2013

Ellsbury hits a chopper over Martinez that Carpenter boots for an error. Man on to start the inning, increasing chances of Ortiz vs. a LHP.
— SI MLB (@si_mlb) October 25, 2013

Mike Napoli blooper and the Red Sox strand two in the eighth. Gomes, Salty, Drew due up in ninth. Pinch-hitters should be ready.
— Jason Mastrodonato (@JMastrodonato) October 25, 2013

No dirty water tonight, but we live to fight another day. I'm keeping the faith. #redsox
— eladyland (@eladyland) October 25, 2013