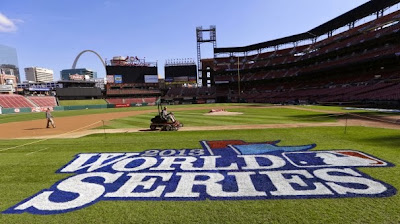 Well I'm not quite sure what I witnessed to end Game 3 tonight, and I am still in shock about that ending. While many fans are upset (myself included) there were a fair few positives that the Red Sox had throughout the entire game.

Never Quit Attitude:
In the very first inning the Red Sox gave up 2 runs, and it looked like tonight may be a long night for all of Red Sox Nation, but this team showed no defeat ever. They battled back from a 2 run deficit to tie the game in the 6th inning. In the 7th inning the Cardinals struck again for 2 more runs, but the Sox never quit. They came back in the 8th inning and gutted out 2 runs to tie the game. This team has never quit all season and they did not tonight either. I feel like they will not quit tomorrow either, this team fights and claws for every inch. They will come out very upset about the result of tonight's game and will be ready to fight tomorrow night and try to even the series at 2-2.
Scoring Runs of St. Louis Bullpen:
In Game 2 the bullpen of the Cardinals was unhittable. Tonight the Red Sox proved that they can get hits off this bullpen and score runs off of them as well. Carlos Martinez is the set up man for Trevor Rosenthal, and came in to pitch the 8th inning. Jacoby Ellsbury got a single off of Martinez, then Shane Victorino was hit by a pitch. After getting an out, then loading the bases the Cardinals went to closer Trevor Rosenthal. Rosenthal threw just 11 pitches in Game 2, striking out the side. Tonight was different, once unhittable, Rosenthal got Nava to ground into a fielders choice, which allowed a run to score, then Xander Bogaerts hit a single up the middle scoring the tying run. While these runs were not charged to Rosenthal it proves to the Red Sox offense that he is not unhittable and that if they have to face him again they can score runs off of someone who seemed so dominant in Game 2.
Xander Bogaerts:
Bogaerts has been electric ever since getting his first start in the ALCS. He is playing like a man possessed, like a man who is trying to win a spot on the 25 man roster for next season before this season ends. Tonight was no different, Bogaerts went 2-4 with the game tying RBI in the 8th inning and a run scored. Bogaerts also was consistent in the field at third base but was not able to make a tough play when he was moved to shortstop.
The Red Sox must be upset about the outcome of this game, but the series is far from over, there will be at least 2 more games played but I am going to assume that the series will make it back to Fenway on Wednesday night. There will be another game tonight. What did you think were the positives from tonight's game? Leave your answer in the comments below or tell me on twitter. Until the next game, Keep the Faith Red Sox Nation.