RSL Poll: Should Jhonny Peralta be playing in the postseason? 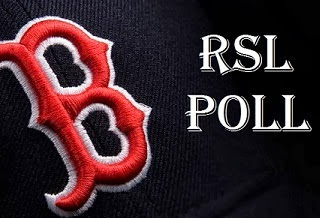 When we talk about Jhonny Peralta in the postseason, it’s a debate of technical eligibility versus moral eligibility. Is Peralta allowed to play? By MLB rules, yes. He served his 50-game suspension and was on the suspension list before August 31, making him eligible for the postseason. But should that be the rule when PEDs are in the picture?

In these past two ALCS games, Peralta has gone 4-for-8 with two doubles and an RBI. His average for the postseason so far is .450. And his RBI against the Sox allowed the Tigers to take Game 1 with a score of 1-0. His suspension ended just three days before the end of the regular season, and since then, he’s come back full force for the Tigers. That’s a little sketchy if you ask me.

Now, I’m not suggesting he’s still using PEDs. I can’t even find any source that would say whether or not he’s been tested again, so there’s really no basis for that. But if you test positive for PEDs during the regular season, I don’t think you should be allowed to play in the postseason. Period.

The Giants took the more honorable route last season, electing not to put Melky Cabrera on the postseason roster, even though he was eligible after his PED suspension. Of course, they still won the World Series without him. If the Tigers were to win the World Series, Peralta would be a huge part of that, and I’m honestly a little surprised that Jim Leyland is fine with having that on his back as a manager. But then again, if the Sox’s late inning heroics Sunday night are an indication of the rest of the series, then Leyland won’t even have to worry about making it to the World Series.

So what do you think?