RSL Poll: Who Wins the MVP 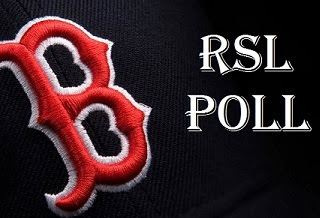 It's the question everyone wants to know the answer to: Who will get the MVP if the Sox can close it out at Fenway? Well, that's RSL's poll topic today. We want your picks for who ultimately gets the World Series MVP if we win.

David Ortiz and his big bat: David Ortiz's numbers at the plate have been out of this world crazy. He's 11-15 with 2 home runs and 6 RBI's for a .750 average. Pretty insane, right? And his defense has been pretty good in 3 games in St. Louis, but he doesn't have to worry about that anymore and continue to put up crazy numbers. It's really those crazy number that make him the slight frontrunner.

Jon Lester, the ace: Big Papi is only the slight favorite to win MVp because of Jon Lester's 2 dominant performances. He's pitched 15.1 innings with 15 strikeouts and a .059 ERA. This guy stated his case loud and clear last night, and he deserves as much consideration as Big Papi for that MVP trophy. I wonder how long it will take some minor league pitcher in the St. Louis organization to cry foul this time.

Koji Uehara, lights out closer: Koji has closed out the last 2 games and silently worked his way into contention. He's made 3 appearances so far in the series, and saved 2 of them. It's been fun to watch because he doesn't let the pressure of the World Series, and if he saves the 4th and final game of the series, he throws himself right in the middle of the pack.

So, what do you think, Red Sox Lifer's? Answer the poll below and let us know.