Speed is a Lonely Quest for Quintin Berry 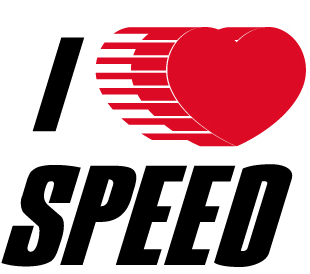 Speed is an amazing thing.

Nothing like being a base running threat or being able to beat out an infield hit.

Quintin Berry has taken this to a new level, making the Red Sox postseason roster based solely on his ability to move fast, very fast.

After last nights loss in game one of the ALCS, which could have easily been tilted the other way after Quintin Berry pinch ran for Daniel Nava in the 9th inning and stole second base. This put the Red Sox in position to tie the game up on a single, but unfortunately it ended on a pop-up by Xander Bogaerts.

The answer is, lonely.

He does warm up with the team before the game, shags flies, stretching, throwing, and taking batting practice with the rest of his teammates. After that he sits on the bench and watches the game with his team, at least until the 5th inning.

He then disappears from the bench, but where to?

He is off to the Red Sox weight room to watch the game on the TV there, getting loose for potential pinch running duties. He spends the entire rest of the game alone, warming up and then staying warm so that he can do what he has been put on the postseason team to do: Run.

He has never been caught stealing a base in the Majors, a streak of 25 steals since 2012 (including postseason) and counting.

He is very keen to keep this streak alive, therefore he sticks to his solitary routine.

"I know I'm going in to run for Papi or Mike Napoli, and they're not going to come out of the game before the 7th inning," Berry says. "So in the fifth, I go in the back and I start running around."

What is he exactly doing down there all by his lonesome?

He is riding a stationary bike, jumping rope, jogging, high-kneeing, backpedaling and side-stepping through the quick-foot ladder, rolling out his legs on the foam roller and continually stretching. He has to get loose and stay loose for a full five innings.

"I get more of a workout now and I'm more tired after games than I was when I used to play the whole game," Berry says. "It's exhausting."

It is also wearing out the opposition when he takes the main stage. Pitchers are pitching differently trying to hold him on base, pitchers throw over to hold him back, fielders have to rush when the ball is put into play, and he has turned speed into a weapon by learning when to make his move on pitchers.

Benoits throw to first is so slow Beery could steal when he checks him at first
— Boston Stronger (@BostonStrong185) October 13, 2013

The catchers, the pitchers, and the opposing managers are worried about him when he is on base.

"I love everyone worrying about me," Berry says. "But I have no fears. I feel like I can get a base at any time."

He sure seems to do it with ease, even when everyone is fully aware that he is going to do it.