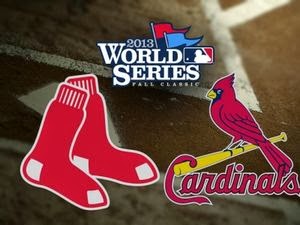 If what Jon Lester did was a precursor to what kind of series the Red Sox pitching staff is going to have, then this series may resemble 2004 more than we initially thought.

But we don’t get caught up in the emotion of one game and neither should Red Sox Nation. It was one win. Two of the next three games are guaranteed to be in St. Louis and this series, just as any in baseball, can turn on a dime.

With that said, the Sox send one of their most consistent pitchers to the mound as John Lackey takes the ball for Game 2 of the 2013 World Series. Lackey went 10-13 this season but had a 3.52 ERA. In the postseason, he’s 2-0 and didn’t allow a run in his most recent start at Detroit, striking out eight Tigers in 6 2/3 innings with just four hits. A third straight solid outing from Lackey and the second in a row this series would be devastating to the Cardinals and could put Boston within two games of hoisting the World Series trophy.

The Cardinals have their rookie sensation Michael Wacha starting tonight. Wacha has been magnificent, himself, this entire season and postseason. He went 4-1 with a 2.78 ERA in 15 appearances (nine starts) and is 3-0 this postseason, having only given up one run in 21 innings. The lone run came off the bat of Pedro Alvarez of the Pirates, who blasted a solo home run in a game that Wacha had a no-hitter going in Pittsburgh. Wacha defeated the Dodgers twice in the NLCS and allowed seven hits, two walks and struck out 13 batters in 13 2/3 innings.

Wake-up call?
Cards manager Mike Matheny said his team had a “wake-up call” in Game 1. My question is, why does a team which made it to the World Series for the second time in three years need a “wake-up call?” It’s not like the Cardinals were in for a rude awakening by playing against the mighty Red Sox. The Cardinals had 97 wins – same as Boston – this season. They were the best team in the NL and have a very good ball club and a rich history – 11 World Championships. Maybe the “wake-up call” is because St. Louis finally found a team that is better than it and the Cards are unsure of how to handle Boston. I don’t know, but it was a weird term to hear a manager throw around during the World Series.

Heart of the order
Dustin Pedroia, David Ortiz and Mike Napoli benefited most from Cardinal errors and mistakes. Of the eight Boston runs, seven of them were driven in by those three, including three each off the bats of Ortiz and Napoli. Napoli had the big blow with a bases-clearing double in the first inning to start the scoring and Ortiz capped it with a two-run shot. The homer was close to being Ortiz’s second of the game, as he had a sacrifice fly that Cards right fielder Carlos Beltran caught over the right field wall, saving a grand slam. Pedroia and Ortiz scored half (four) of the Sox runs and the trio have proven once again that it is dangerous for opposing pitchers.

Watching Wacha
We saw what Boston did to ace righty Adam Wainwright, now they get a shot at a rookie pitcher making his first World Series appearance and his first start in Fenway Park. The guess here is that Wacha looks over his right shoulder just before first pitch and realizes, "Wow, that wall is close!" Just the type of thing that can get into the head of a young pitcher and rattle him from the start.