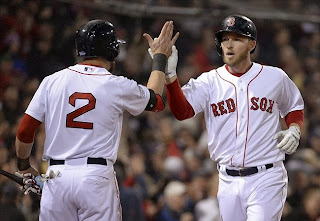 Even the great, and always reliable, Miss. Cleo could have predicted the Napoli and Ellsbury offers, but it's the offer extended to Stephen Drew that leaves many in Red Sox Nation wondering, "What the deuce?"

Drew's value to the Red Sox became apparent during their 2013 postseason run as he provided nightly web gems for the producers over at ESPN to drool over.

Yet one has to ask the following question, "Is a defensive wizard but offense dud worth $14.1 million a year when you have a young stud in Xander Bogaerts waiting in the wings?"