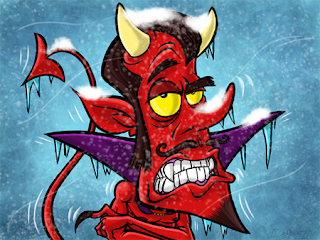 Could you imagine the Mayor of Boston being a rabid Yankees fan?

When Hell freezes over.

When Bobby Valentine is the Red Sox manager again.

You get the picture, it just ain't gonna happen.

Not now, not ever.

Hold on to your seats Red Sox fans, over in New York the unthinkable has happened. They have elected a Mayor that never played it down that he grew up in Cambridge, that he grew up going to Fenway, that he sat in the bleacher seats, and that he will always be a devout Red Sox fan.

I guess in that strange city they have an open mind about things like that?

Not really, it just boils down to the simplest of statistics. There are 8.3 million people in New York, with over half of the population rooting for either the Mets or some other team. With all the news about A-Rod and drugs, you could assume that the Yankees fan base could be a bit tired of it all and stop supporting them too.

No matter how you dice it, there were enough voters to get Mayor Bill de Blasio elected.

Now you get to ask them how it is to be governed in their daily city lives by a tried and true, red socks wearing, Boston Red Sox fan. You get to tell them about how he returned to New York to work in government and was known to bet the Red Sox with staff members. You get to mention that he even had one losing colleague deliver a paean to the Red Sox on the floor of the New York City Council, while wearing a Red Sox cap on his head.

Try not to giggle when you do it, that is not polite.

Remember to tell them, a Boston Mayor will be a Yankees fan when Hell freezes over.

Oh all right, you can giggle when you say that.