Protective headgear for pitchers in 2014 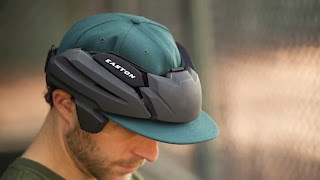 In a recent news story released first by Fox Sports, pitchers will be given the option to wear protective headgear when on the mound in the 2014 season. Diamondbacks pitcher Brandon McCarthy informed "The Buzz" podcast to discuss the idea of protective headgear on pitchers. McCarthy suffered a serious head injury in 2012 when he was pitching for the Oakland Athletics. He believes that the special headgear will be offered to all pitchers, but it will not be mandatory for one to wear. The design of the headgear is not yet known but it is rumored to look like a regular hat with special padding. Hopefully the headgear will not look silly, like a batting helmet that is worn on the field. McCarthy stated that it looks ridiculous, but that everything when it began looked ridiculous. Lets hope that no matter how silly pitchers look when wearing the new headgear that it reduces injuries.

What do you think about a potential silly looking headgear on pitches as a safety precaution? I personally think that pitchers should be required to wear it in order to make the game safer. Agree with me, let me know in the comments section. Disagree? Send me a tweet with your argument on why its a bad idea.