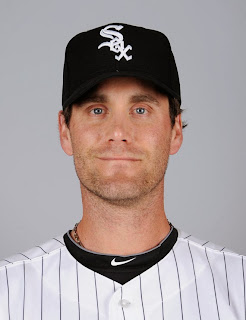 Add one more man to the list of players the Yankees have picked up once the Red Sox were done with them. A mere two weeks after picking up Jacoby Ellsbury when Sox management couldn’t agree to the terms he was looking for, Matt Thornton has signed a 2-year/$7 million deal to head to the Bronx in 2014.

Of course, Thornton only spent half a season with the Sox, and they declined his option for 2014, but it’s still interesting to see how the Yankees go for the Sox’s leftovers time and time again throughout history.

It will also be interesting to see how Thornton works out for the Yankees. The southpaw did a decent job for the Sox, but spent some time on the disabled list in his very short tenure in Boston. His age is also something to consider. Thornton is 37 years old now, which would make him 39 by the time his time with the Yankees is up.