Curt Schilling: 'Hall of Fame out of my control’ 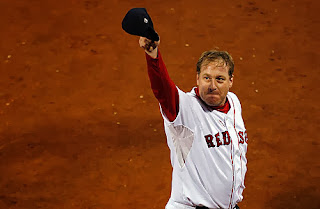 Schilling, who only appeared on 29.2 percent of the ballots, said:

"I certainly didn’t expect to be one of the guys this year given the class that was out there and given the voting rules and stuff. It has become such a politically charged process. I can’t worry about it. It’s completely out of my control.Once I threw my last pitch, I was done. So, I hold under my hat that stuff that I was able to be a part of — the World Series and all the things that happened. I’m all right with that."

Greg Maddux,Tom Glavine and Frank Thomas all got the call to Cooperstown. The three will be inducted on July 27.