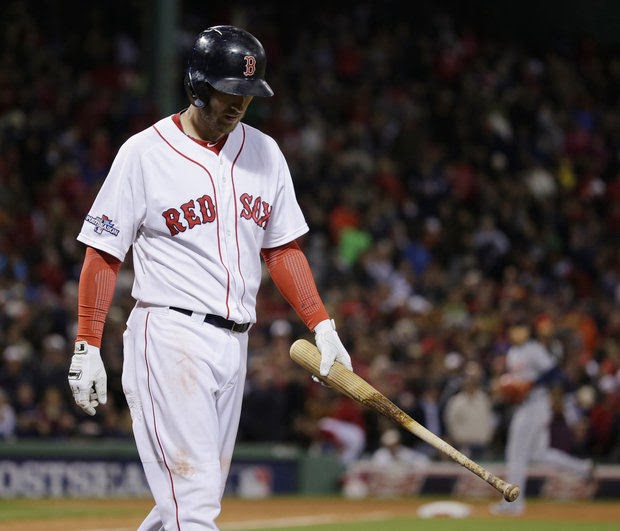 It is cold today in the North East.

Boston seeing a lot of snow, the wind is howling, and Steven Drew is bundled up somewhere waiting for it all to pass.

The phone is not ringing anymore.

The press and his agent like to create the impression that there has been lots of interest around Stephen Drew, but he is still staring at the snowfall and waiting for something to happen.

Popular opinion is that the draft pick compensation hanging around his neck will cost potential suitors more than they are willing to give up in a possible deal.

According to Brian McPherson at the Providence Journal, the contact between the Red Sox and Stephen Drew has been less than it seems.

Cherington: Still dialogue with Drew, but "the time spent on it publicly is not consistent with the time we're spending on it."
— Brian MacPherson (@brianmacp) January 21, 2014

He goes on in some detail talking with Ben Cherington about the plans he has for the coming months, who might be interesting to sign, and how he feels about the left side of the infield.

Ben Cherington feels that with Will Middlebrooks and Xander Bogaerts are the solution for the left side of the infield from 2014 onwards. This is further emphasized when he stated, "We have players that we believe in, some bigger-picture things that we want to do, and some of that has nothing to do with Stephen Drew."

This does not mean that the Red Sox won't still sign Stephen Drew, but it does mean they are pretty confident in their current position and seem willing to wait on some give from the Scott Boras client... or not.

Could we have seen the last of Stephen Drew during the 2013 World Series Duck Boat parade?