Happy New Year from Will Middlebrooks and Jenny Dell 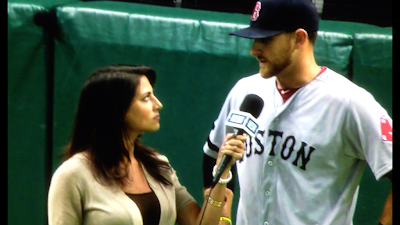 In what may have been Boston's worst kept secret since "indians" tossed tea into Boston Harbor, Red Sox third baseman Will Middlebrooks and NESN sideline gal Jenny Dell are dating.

The two made it official New Years Eve the way any budding romantic couple would - via Twitter.

Happy New Year from us to you! Here's to a great 2014! @JennyDellNESN pic.twitter.com/2dBIGeYK5P
— Will Middlebrooks (@middlebrooks) January 1, 2014


No word on whether the news sits well with Sox execs or the bosses at NESN, but rumors have Middlebrooks being shopped in a possible trade and Dell possibly headed to FOX Sports 1.