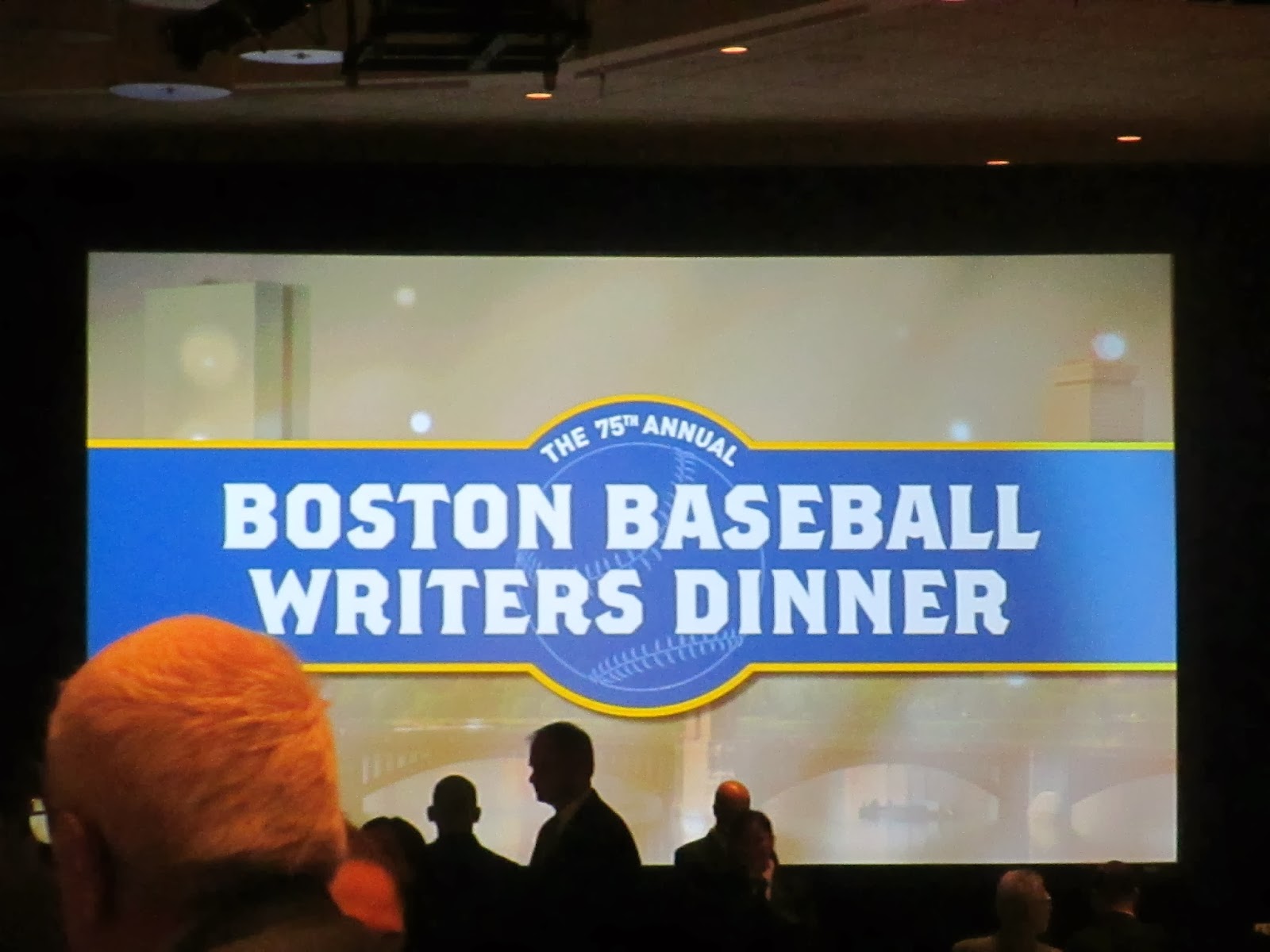 Before I start recapping the Boston Baseball Writer's dinner, a disclaimer - I have parents that are really nice to me, sometimes more than I deserve, and they were nice enough to pay for my ticket to the event. So, that's how I was able to get a ticket to the dinner, despite not having a full-time job, before you ask.

That's out of the way, so let's get to the good stuff. The dinner itself. No doubt the highlight of the night was ex-prospect Ryan Westmoreland, who underwent 2 brain surgeries in 2010 and 2012 respectively. He announced his retirement from baseball after the 2nd surgery to focus on getting back to a normal life and was honored for overcoming a seemingly insurmountable obstacle. His speech was really moving and a great message for the athletes of today, to not take anything in your life for granted, as it could be taken away before you know it. Jon Lester, Jonny Gomes and Hall of Famer Tom Glavine were among those in attendance, but it was Westmoreland who stole the show. 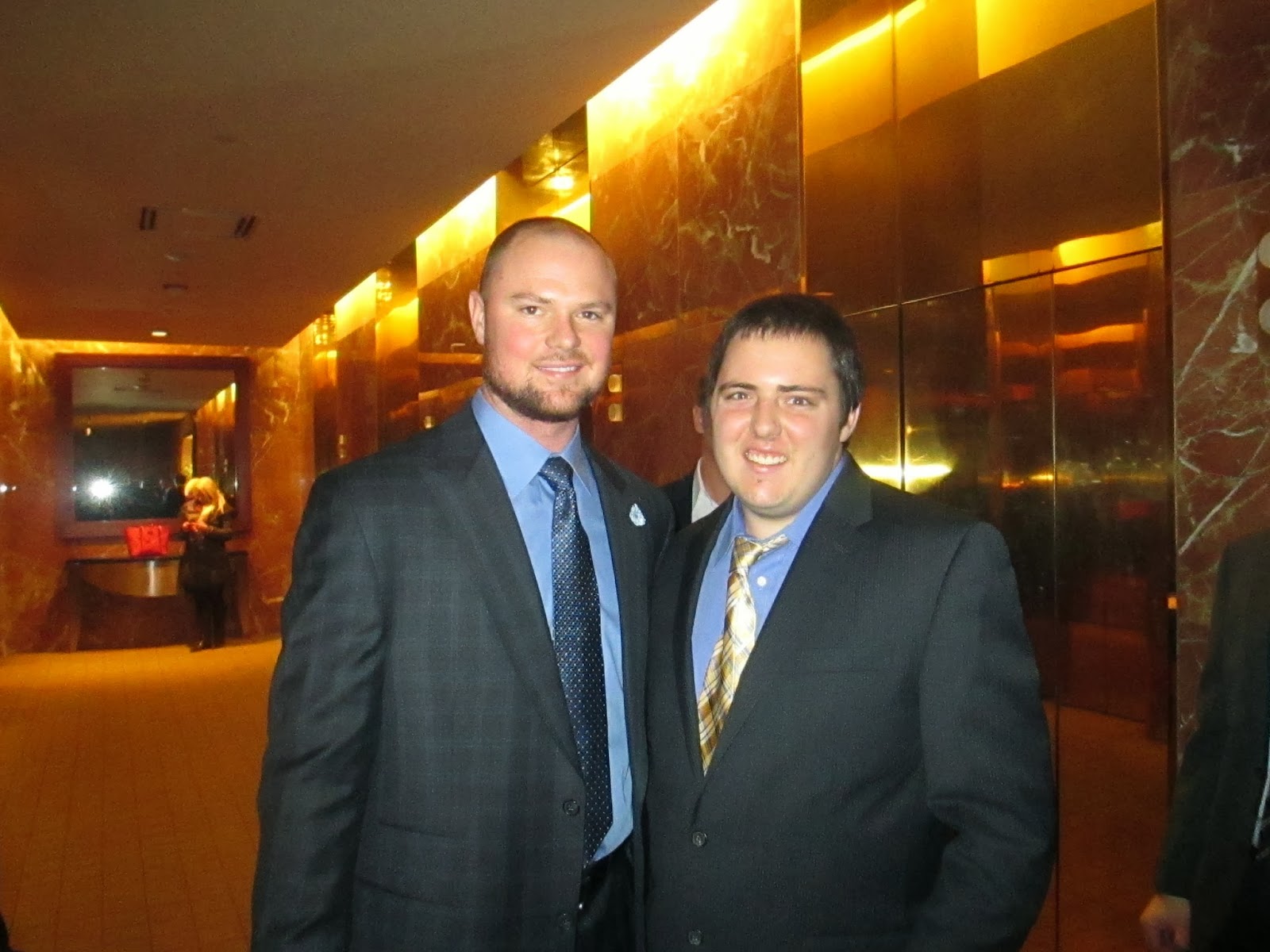 That being said, Tom Glavine was also among the notable honorees. He mentioned that he was still upset at not being taken by the Red Sox, but needless to say that he did just fine in Atlanta. Tom Menino was also honored with a Lifetime Achievement award after stepping down as Mayor of Boston and was given a watercolor portrait from artist Mark Waitkus depicting Fenway Park right after Koji Uehara recorded the final out of the Fall Classic. Replicas of the painting were given out to those in attendance. All in all, a good night and another great way to celebrate a championship.