It appears former Red Sox sideline "reporter" Jenny Dell could be out at NESN and free to pursue other players opportunities, according to Sox chairman Tom Werner.

Dell was booted to the NESN sports desk after she and BoSox beau Will Middlebrooks made their romance public back in January.


Dell joined NESN in 2012 replacing Heidi Watney and soon become a fan favorite with her hard hitting stories on renovations to the Fenway restrooms and her Pulitzer Prize winning piece on the identity of the infamous "pizza thrower."

Meanwhile, according to the Boston Globe, NESN has narrowed its list of Dell replacements to four, with some men under consideration for the role.

May we suggest this guy? 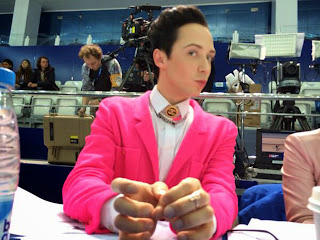