Welcome to Opening Day of the 2014 season! Yes indeed, baseball is back!

The Boston Red Sox open a new season as the reigning World Champions, eager to defend their title. It will be an uphill battle all year long with the target square on their backs. Of the four division rivals, the Baltimore Orioles were the lone team to win the season series against Boston in 2013.

And it's in Baltimore where the road to another championship season begins. Today, the Red Sox and Orioles square off at Oriole Park at Camden Yards for an early season AL East tilt. Making his fourth straight Opening Day start is Jon Lester. An offseason of long-term extension chatter surrounded the ace left-hander, but a deal was not signed. Both sides admit there are were positive talks. However, the uncertainty will remain hovering over Lester's head until he signs on the dotted line. Along with the uncertainty is question that could linger until he does, "Will it be a distraction?"

Perhaps or perhaps not. In the meantime, there are baseball games to be played ... 162 of them in fact! Yes, the new season is upon us. It's a clean slate for everyone and chance for the Red Sox to prove 2013 was no fluke. 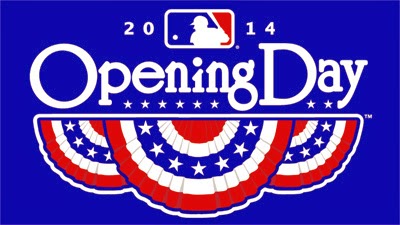 The Sox will face righty Chris Tillman of the O's. Tillman went 16-7 with a 3.71 ERA in 2013. He was 3-1 against the Sox and held Boston scoreless in two outings. Tillman allowed three runs or less in five of his six starts against the Red Sox.

Who steps up?
With several new faces in this Opening Day lineup compared to 2013, it will be interesting to see who makes an immediate impact in the lineup. Will Middlebrooks and Xander Bogaerts are two names to keep an eye on, as the duo will make up one of the youngest left sides of any infield in the league. A.J. Pierzynski is a new battery mate for the Sox rotation. Of course, perhaps the biggest storyline of all is how do the Red Sox replace former center fielder Jacoby Ellsbury. Grady Sizemore had the better spring, but Jackie Bradley Jr. is still the hope for the future. Of course, the usual suspects will be in focus, but as 2013 showed, it's the surrounding pieces that make a difference.

Papi watch
Much was made of David Ortiz's lack of production in Spring Training, but the heart and soul of the middle of Boston's lineup says he will be able to flip a switch with the real games on tap. Ortiz went 2-for-37 (both hits being extra-bases - a double and a home run) in Florida. He is, however, coming off a season of hitting .309 with 30 homers and 103 RBIs. Oh yeah, and he was the World Series MVP with a .688 batting average and 1.188 slugging percentage.

This and that
Lester won 15 games for the fifth time in his last six seasons. He pitched over 213 innings in the regular season and another 34 2/3 in the postseason ... Many experts are predicting big things from Middlebrooks and Bogaerts. Most have Bogaerts tabbed as the AL Rookie of the Year and Middlebrooks with a breakout season and 30 home runs ... Bradley was called up to be on the roster, as Shane Victorino was sent to the 15-day DL, retroactive to Sunday. With the Sox plans to give Sizemore a break after three consecutive games right now, Bradley will likely be in the lineup in the near future.