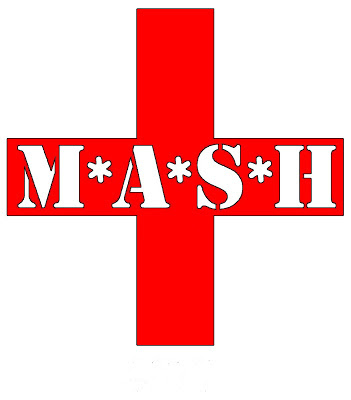 With two starters already on the disabled list, it looks like they may have some company. Mike Napoli appeared to dislocate his ring finger on a headfirst slide into second base after a wild pitch during Tuesday night's 2-1 loss to the White Sox.

Napoli came into Tuesday's night hitting .300 with three home runs in 13 games. With the Sox struggling to score runs Napoli is one player the team can't afford to lose for any length of time.

The team reported that the injury was in fact a dislocation and not a break as X-rays were negative. Farrell said Napoli will be "day-to-day." Napoli was seen in the Sox clubhouse with the finger in a splint.

It's not all bad news in the MASH unit as Dustin Pedroia returned to action after Napoli left the game. Pedroia, who is battling a strained wrist, received a cortisone injection when an MRI on Monday revealed only inflammation. Pedroia is hitting .111 since injuring the wrist April 4 in Fenway's home opener.

Closer Koji Uehara had an MRI on his right shoulder which showed no structural damage. Uehara didn't pitch in the four-game series in New York over the weekend, but could see action this week in Chicago. He did throw a bullpen session and Farrell said, "he felt better than actually expected."

Outfielder Shane Victorino, who's on the DL with a strained hamstring, is closer to returning and could begin a rehab assignment within the next couple of days.

Third baseman Will Middlebrooks, on the 15-day DL with a calf strain, took 40 swings in the cage on Friday, but has not started running. It remains to be seen if he'll be ready to go when he is eligible to come off the disabled list April 20.