Patience Not Part of Pierzynski Game 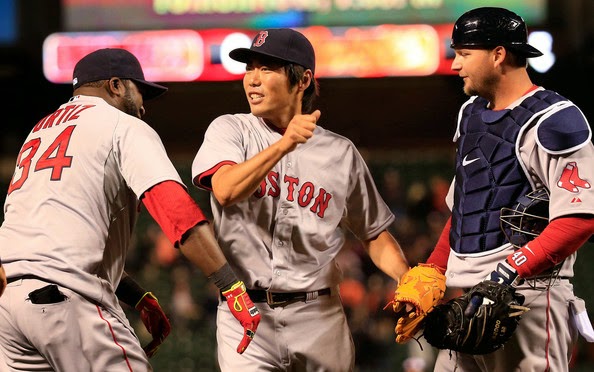 After 17 years of Major League baseball this is not going to change.

We have been watching our new catcher, A.J. Pierzynski hack and slash at what seems like every single pitch that is thrown at him.

He comments in his interviews that this is how it is with him.

Imagine the pitchers that read scouting reports on him and smile. Throw it anywhere but over the plate and he will hack at it.

In the first week of the season, this is what has happened to the frustration of Red Sox fans everywhere. The rest of the team led the majors in pitches seen in 2013, averaging four pitches per plate appearance.

Pierzynski is way more aggressive. So far of the 62 pitches he’€™s seen over his 24 at-bats, Pierzynski has swung the bat at all but 10 of them. He’€™s currently averaging about 2.6 pitches per plate appearance, which is even low for him.

It looks like the opposing pitchers are on to him and feed him almost unhittable garbage that he continues to hack at.

Until yesterday, when manager John Farrell decided to just go with the flow and put the hit and run on from the first pitch in his first at-bat. He puts the ball in play, that is what his strength is so why not go for it?

He managed to put the bat on a pitch that was so far outside of the zone, Pierzynski said “it was almost a pitch out.”€

He was able to poke it past the third baseman who was shifted into the shortstop position and put runners on the corners. “€œI was actually happy [Farrell] put on the hit-and-run on the first pitch in my first at-bat because it helped me relax,” Pierzynski said. “I knew I had to do something to help the team, and it worked out.”

He is a humble player, ready to do whatever the team needs. He has been more than willing to do it at the plate in any way the manager sees fit. “[Farrell] and I talked about it, and I said ‘€˜Yeah, if you want me to hit and run, if you want me to bunt, whatever you want me to do to help,”€ Pierzynski recalled. “There’€™s no pride, it’€™s about trying to help the team.”

He is great with the pitching staff, helping John Lackey to his current 2-0 start to the 2014 season.

After watching the other option David Ross against the Brewers throwing players out stealing second base via the center fielder, who would you rather have behind the plate?

A guy that is a bit eager to swing but helps the pitcher actually win a game, or a catcher that sees a lot of pitches at the plate?