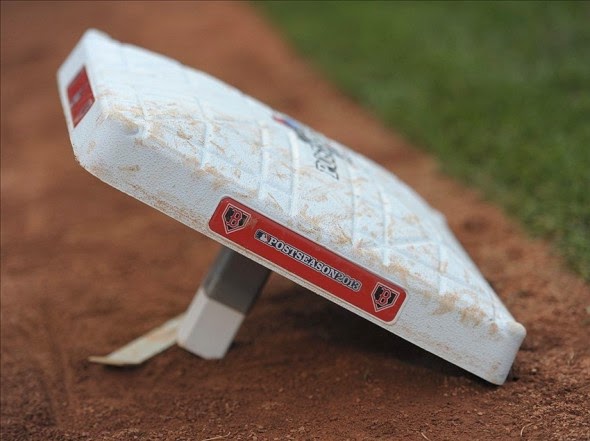 It could be called a luxury.

The Red Sox have some great depth at third base, with Will Middlebrooks, Brock Holt, and utility infielder Jonathan Herrera.

Then the Red Sox decided it would be a good move to acquire Ryan Roberts for a salary of $1 million with bonus up to $1.25 million based on performance.

Not much danger of the performance bonus as he produced just 2 hits in 19 at-bats, not good value at $500k per hit. The Red Sox were quick on the trigger designating him for assignment to the minors and calling up Brock Holt who was tearing up Triple A slashing .380/.446/.600 in his first 12 games.

Yahoo sports was clear in their analysis, "That didn't take long."


Brock Holt provided solid defense at third over seven games with the Red Sox before Will Middlebrooks returned from the disabled list this week. He hit .384 AVG, had a .429 OBP, and slugged .435 with only four strikeouts over 23 at-bats.

With Middlebrooks back the Red Sox choose to keep Jonathan Herrera as their utility infielder instead of Brock Holt, but he is definitely a solid backup for the left side of the infield.

Luckily this impulse buy of Ryan Roberts has not cost more than the single million, but it is hard to see the strategy here on needing a fourth infielder. When designated for assignment he was put on waivers, meaning anyone could have claimed him. Luckily that did not happen or the whole exercise would have been for naught.

This whole exercise feels a bit off the mark for the normal smart buys that the Red Sox have been putting together the last few years.

Let's hope it was just an exception to the rule.