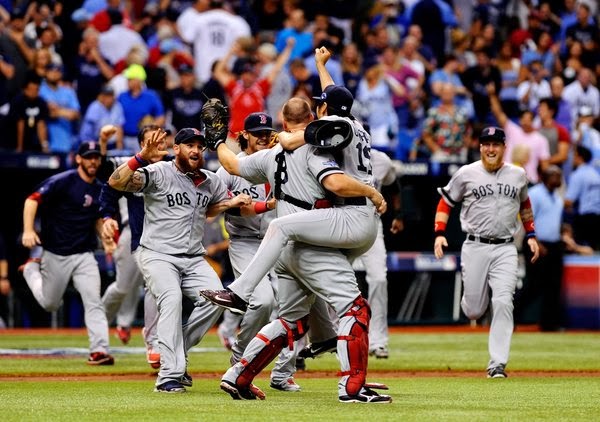 We have been watching the Red Sox all season with a severe lack of offense.

No offense from the outfield.

No offense from the left side of the infield since the acquisition of Stephen Drew for $10MM that required a shuffling of the roster to free up shortstop for him.

We have been watching the Red Sox starting rotation and bullpen fail time and again to keep opposing hitters in line.

Ineffective Jake Peavy, ineffective Felix Doubront, and Clay Buchholz wondering if he remembers how to get hitters out at all.

It has reached the point that we are calling for a fire sale and putting training wheels on the rest of the 2014 season by calling up younger talent for playing time.

But let's take a step back and examine the situation in the AL East.


The Red Sox are trailing the Blue Jays who lead the division as of today by 8.0 games.

If we look closer we see that they played 29 games that were decided by just one run. Of those 29 games, the Red Sox lost 16 of them.

What if the Red Sox had won just half of those, meaning +8 in the win column, what would our season look like right now?

The Red Sox would have 44-35 with a .556 PCT and be tucked right in behind the AL East leading Blue Jays. Add just one more win, and you have 45-34 with a .570 PCT and are now looking at the AL East leaders in your Boston Red Sox.

Look even closer and you will find that if those wins had been converted in the Red Sox series against their division rivals, the AL East would look something like this:
What could have made this possible?

What would we be talking about right now if the Red Sox had just won half of those games lost by one run?