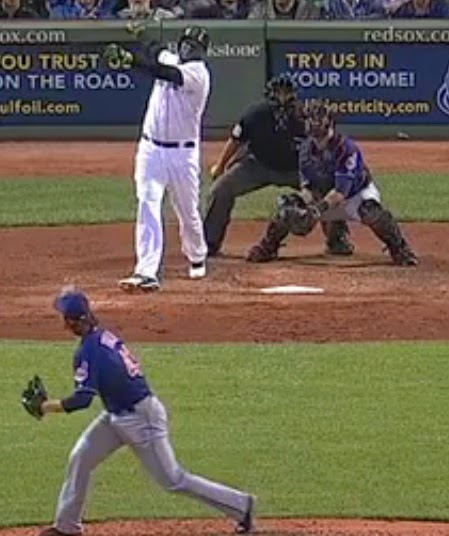 David Ortiz(pictured) and Brock Holt each drove in two runs and Jon Lester turned in 7.2 workmanlike innings as the Red Sox beat Cleveland 5-2 in their return to Fenway Park.

Boston took an early 1-0 lead in the bottom of the 2nd inning on a ground rule double by Grady Sizemore that scored Mike Napoli. Three innings later, David Ortiz launched his 15th home run of the season with Jackie Bradley, Jr. aboard to give Lester a 3-0 cushion.

After Cleveland narrowed the gap to 3-2 with a pair of runs in the top of the 6th, Brock Holt lifted a 2-out, 2-RBI double just over the head of Indians left fielder Michael Brantley that scored Jonathan Herrera and Bradley, Jr.

Lester allowed two runs (one earned) on eight hits and a walk while striking out four. The win evened his record at 7-7 on the year.

Daniel Nava had three hits for the Red Sox; Holt, Napoli and Herrera had two apiece.

Koji Uehara recorded his 13th save of the season with a 1-2-3 ninth inning.