Recap - Sox giftwrap one for Cleveland

An error by A.J. Pierzynski on a play at the plate and a bases-loaded walk by Junichi Tazawa - both in the seventh inning - helped the Cleveland Indians to a 3-2 win over the Red Sox at Fenway Park. 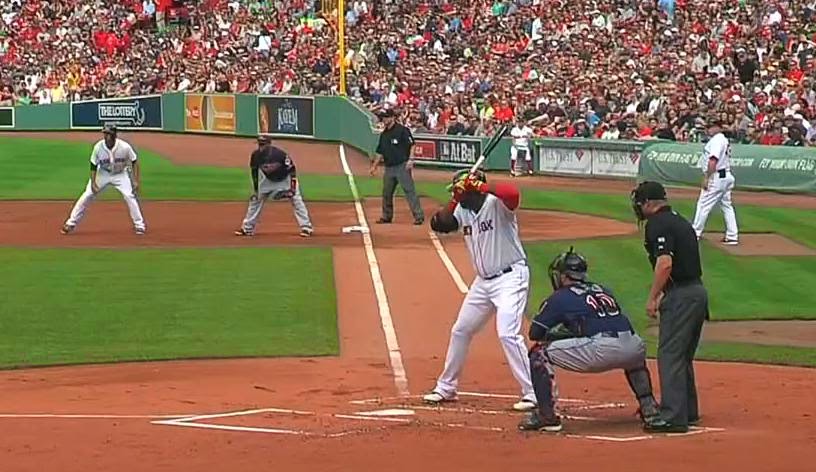 David Ortiz (pictured) gave the Sox an early 1-0 lead with a double in the bottom of the first inning that scored Xander Bogaerts. Asdrubal Cabrera's RBI double in the top of the third inning tied the game.

Jonny Gomes got the Red Sox back on top with a run-scoring ground out in the bottom of the sixth before Cleveland came back with two in the top of the seventh.

Peavy, who recorded a no-decision, probably pitched well enough to win. He held Cleveland to just 1 run on 7 hits and 2 walks while striking out 5 over 6 innings, easily his best outing since April.

Gomes and Brock Holt each had 2 hits for Boston. Koji Uehara pitched a 1-2-3 ninth inning.