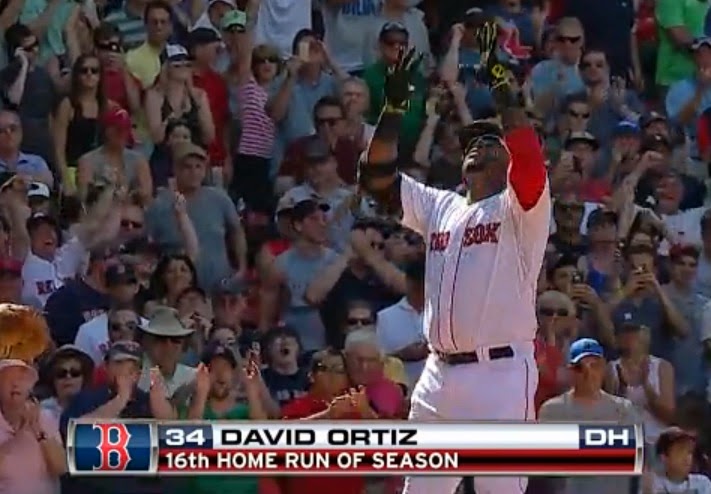 Back-to-back home runs by Mike Napoli and David Ortiz - only the second and third hits of the day for Boston - in the bottom of the tenth inning gave the Red Sox a come-from-behind 2-1 win over the Minnesota Twins Wednesday afternoon at Fenway Park. For Boston it was their fifth straight one-run contest.

Chris Parmelee's two-out solo home run off Koji Uehara in the top of the tenth inning had given the Twins a brief 1-0 lead.

The Red Sox were held to just one hit - a double by Daniel Nava. Kyle Gibson dominated the Boston bats in his seven innings of work striking out eight and not walking a batter. Nava's double came with two outs in the bottom of the fifth.

John Lackey went nine innings allowing no runs on just three hits. He struck out nine and walked just one in a dominant performance. He threw 74 of his 105 pitches for strikes.