The Red Sox pounded out eighteen hits including four home runs in support of seven outstanding innings by John Lackey as Boston opened their seven-game road trip with a resounding 14-1 win over the Blue Jays in Toronto. 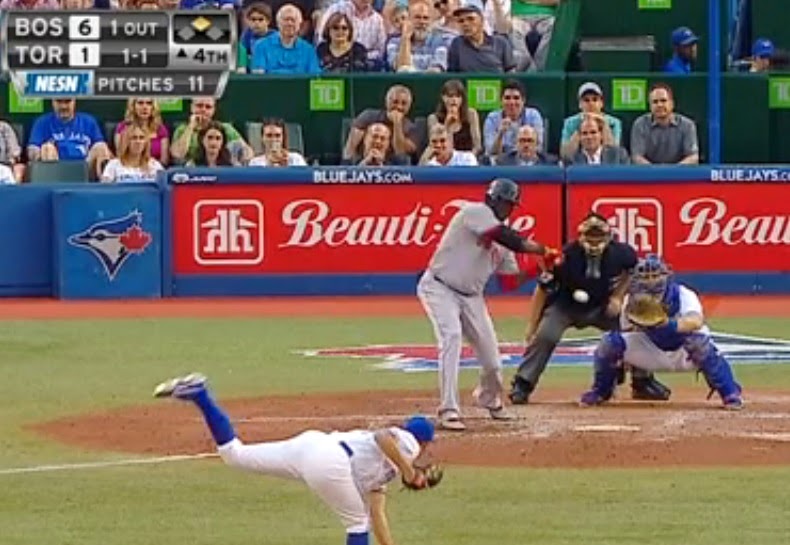 Ortiz blasted a pair of home runs to move one ahead of Red Sox legend Carl Yastrzemski into 36th place on the all-time MLB list. Ortiz has 453 career home runs. Drew and Napoli also went deep for Boston.

Boston has now won five in a row and eight of their last nine games.