Recap - Sox rally but lose in extras to Orioles

David Lough led off the top of the twelfth with a triple off Boston Red Sox reliever Edward Mujica in his second inning of work. Lough then scored on an RBI single by J.J. Hardy as the Baltimore Orioles outlasted Boston 7-6 at Fenway Park to take two out of three in the weekend series. 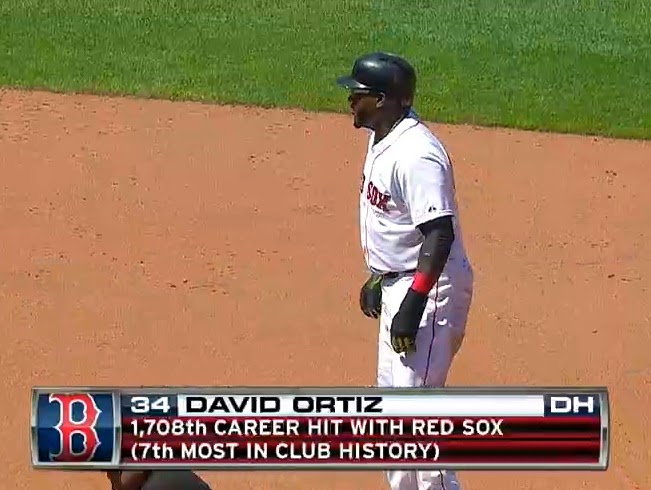 Baltimore scored once in the top of the fourth courtesy of a Xander Bogaerts throwing error that allowed Nelson Cruz to score. The second Oriole run came two innings later on a Caleb Joseph sacrifice fly. Boston cut the lead in half on an RBI single to right field by David Ortiz that scored Daniel Nava in the bottom of the sixth. MLB betting odds actually favored the Red Sox in this game and with Ortiz picking up an RBI at a crucial juncture he gave them a chance to fulfill that destiny, even though the end result didn't play out that way.

The Orioles got that run back and more in the seventh. An RBI single by Cruz brought one run in. Two more runs scored on a single by J.J. Hardy, with some help by a David Ross error. The fourth run of the inning scored on an RBI single by Ryan Flaherty.

The Red Sox rallied for five runs in the bottom of the seventh inning. David Ross started things with his fifth home run of the season, a solo shot into the center field corner of the Boston bullpen. Xander Bogaerts, Daniel Nava, David Ortiz and Mike Napoli all had RBI singles to tie the game at six apiece.

Jackie Bradley, Jr. made two brilliant defensive plays, throwing Manny Machado out at the plate in the top of the seventh and then robbing Machado of extra bases in the ninth with a brilliant leaping catch just before banging into the center field wall.

Jake Peavy probably deserved a better fate. He allowed just one earned run on six hits and two walks while striking out three. Though he got a no-decision, it was Peavy's thirteenth straight start without recording a win.