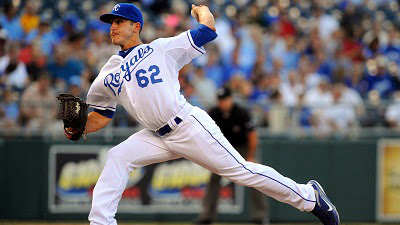 The Red Sox have acquired southpaw Ryan Verdugo from the Kansas City Royals for cash considerations. He was 5-2 in nine starts with their Triple A affiliate Omaha Storm Chasers with a pedestrian ERA of 4.24. He also had one career start for KC back in 2012 and allowed 6 runs through 1.2 innings.

Verdugo will add more depth the Red Sox' pitching staff. He will be able to come out of the bullpen and also be available for spot starts.

All I can say is I hope he is better than Edward Mujica. That one start in 2012 looks scary but that was 2 years ago and he's obviously better now. Also, the even better news is that when we acquired Verdugo we released Pierzynski.

So, the pitching staff gets more depth (and hopefully better even though its pretty solid already, but still, you can never have too much pitching) and Pierzysnki is officially gone. Not a bad trade if you ask me.

In Cherington we trust.

via CSNNE
stats via baseball reference