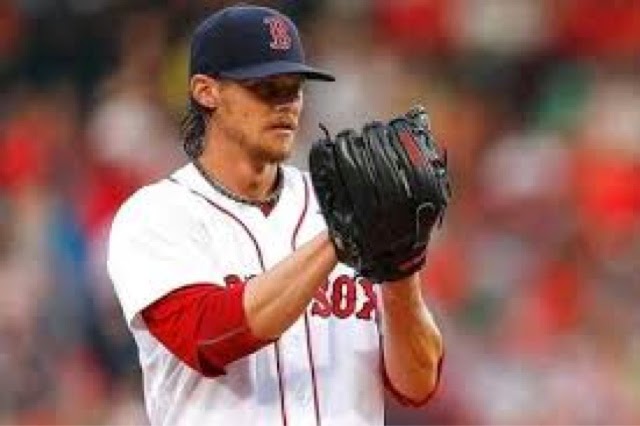 Toronto, ON- Despite their recent success, last night's game was reminiscent of the first half Red Sox. Out hitting opponents, but then leaving men on base with poor clutch hitting. Jake Peavy actually pitched well for the first five innings, but in the sixth, he imploded and the Sox never recovered. Today is a new day, and while the first half Red Sox would crumble after a loss like last night, let's see how the second half Sox respond.

Boston brings Clay Buchholz to the mound to face former Cy Young winner R.A. Dickey. In his career at the Rogers Centre, Buchholz is 8-2 with a 1.72 ERA. He has also pitched well since his return from the DL, going 3-1 with a  3.28 ERA.

Dickey is 7-10 with a 3.95 ERA and has pitched well of late, but has lost 6 of his 7 7 starts because of issues like Jake Peavy; no run support. Despite being a knuckle ball pitcher, there are some Red Sox players who see the ball well off of him . David Ortiz is hitting .333 off of Dickey, and Mike Napoli is hitting .364. Only Jackie Bradley, Shane Victorino and Ortiz have hit homeruns off of Dickey in ther career, and they only have one recorded HR a piece.

For Toronto, Dioner Navarro (.500) and Jose Reyes (.367) have hit Buchholz well, but none of the Blue Jays have hit him for much power, so hopefully Clay can keep the ball in the ballpark while Boston continues it's hitting ways.