RSL Poll: Should the Sox blow it up?

The countdown has begun to the July 31 non-waiver trade deadline and possibly, for the Boston Red Sox, the 2015 season. While no one in the Red Sox front office, the clubhouse, the broadcast booth or John Farrell's support group wants to talk about packing it in, the 2014 season has reached Bobby V levels of futility. 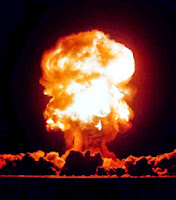 If you listen to talk radio you hear the chatter: Trade Lester. Trade Koji. Punt Peavy. Punt Pierzynski. And drive Stephen Drew to a landfill somewhere in New Jersey. Even the most Soxian of Boston fans know change is a comin'.

The question is: Do it now or do it later?

If the Red Sox, who are currently last in the AL East, 10 games out, still think they are in it they could consider moving a minor piece or two for bat and/or a starter. But don't expect Giancarlo Stanton or David Price to come walking through that door.