Look at it this way - at least the Sox weren't no-hit. 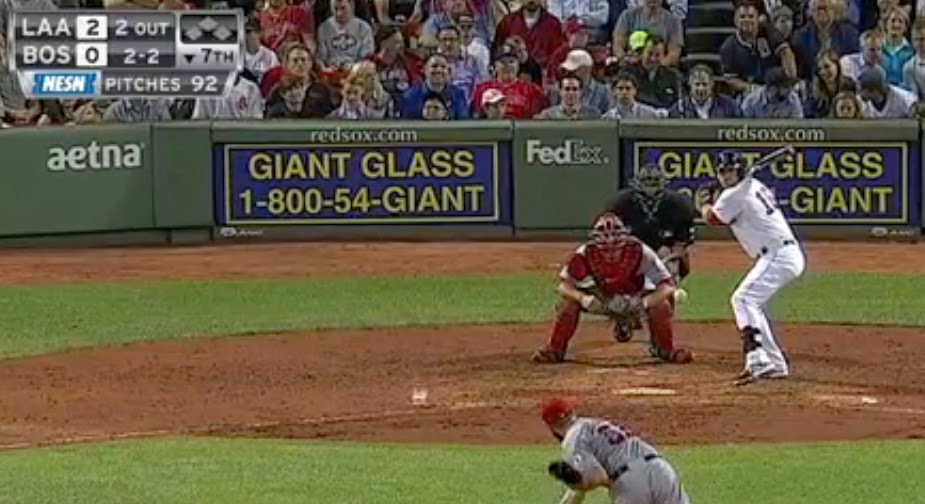 Brock Holt was hit to lead off the bottom of the first by Angels starting pitcher and after that, the Red Sox didn't have a single base runner until Will Middlebrooks (pictured) doubled with two out in the bottom of the seventh as Los Angeles topped Boston 2-0 at Fenway Park. The Angels swept the four-game series; the Sox have now lost five in a row.

Matt Shoemaker handcuffed the Red Sox for 7.2 innings allowing just those two batters to reach base. He struck out eight and walked only one.

Rubby De La Rosa started for Boston going 6.2 innings. He was charged with both Angels runs on eight hits and three walks while striking out eight.

The Sox were without David Ortiz (scheduled day off) and Mike Napoli; Yoenis Cespedes left the game in the fourth inning due to what the team described as a "personal matter." He was replaced by Middlebrooks.