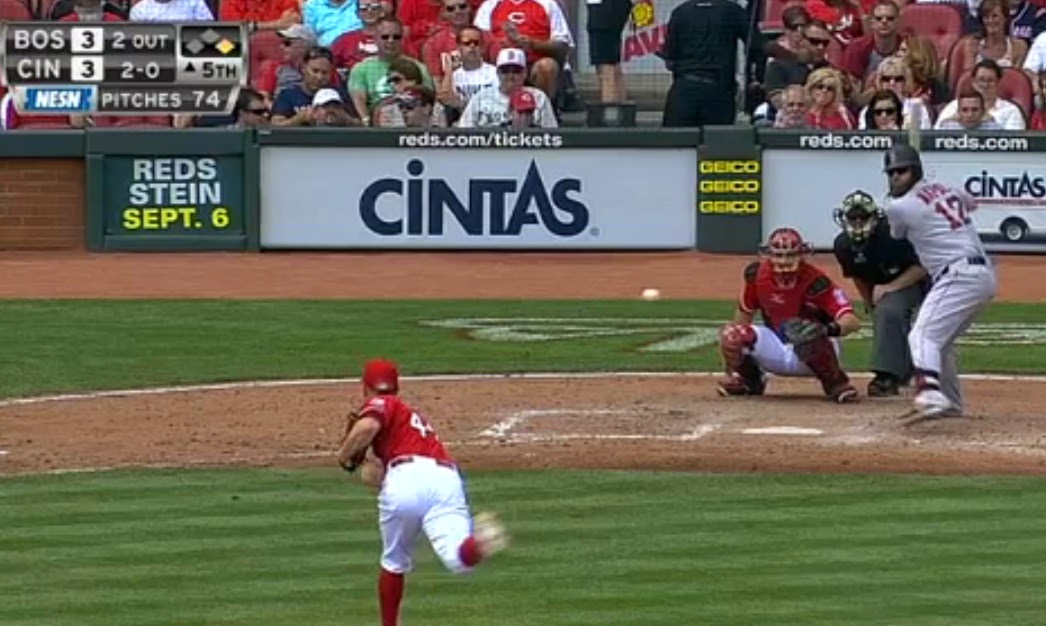 The Red Sox scored three runs in the top of the fifth inning, two of them on Mike Napoli's 15th home run of the season as the Red Sox beat the Reds 5-4 at Great American Ball Park in Cincinnati on Wednesday afternoon.

Rookie pitcher Anthony Ranaudo, making his second start in the majors went 6 innings for his second career win allowing four runs on eight hits and a walk while striking out one. Burke Badenhop, Junichi Tazawa and Edward Mujica combined for three scoreless innings of relief. Mujica earned his third save of the season.

Yoenis Cespedes had an RBI single before leaving for a pinch hitter in the top of the eighth inning.