A Grade Of C For The Sox Infield

Mike Davis
Contributing Writer
The Boston Red Sox infield has not been solid at all this season due to struggling offense and injuries.  Dustin Pedroia had a hand injury and could not put up the numbers that he is capable of.  He could not play for the last month of the season and that really hurt the Red Sox infield because they had no solid production.
Mike Napoli hurt his finger and toe this season and that really hurt his offensive numbers.  He had no solid replacement for when he took a day off and he was not able to play as many games as last year and that really hurt the Sox defensively and offensively. 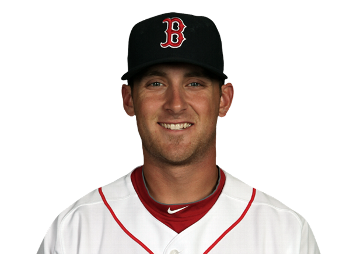 Xander Bogaerts did not really have a great season.  He did not live up to the hype that was set in place for this season.  He started heating up at the end of the season but that was not enough to help the struggling infield.
Christian Vazquez was brought up to the big leagues after A.J. Pierzynski failed at the starting job. There was no production coming out of this role all sesaon. Perhaps the most disappointing infielder of the season was Will Middlebrooks.  He had a horrible season once again and did not produce at all.  In fact, the Sox are looking for a replacement for him because he could not produce offensively at all.  He batted below .200 and was unable to remain healthy the whole season.  He went on the disabled list a few times this season and that was a big disappointment for the Red Sox. The overall grade for the Red Sox infield this season is a C.

Stats and information from bosoxinjection.com and redsox.com  Photo from espn.com