Game 139: Jemile Weeks gets nod at 2nd in Bronx 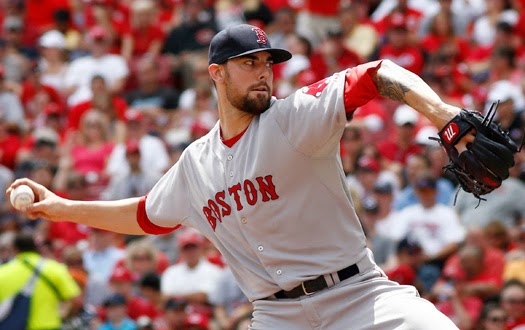 The Red Sox look to make it 2 in a row against the Yankees in the Bronx tonight and play spoiler with their playoff hopes in game 2 of a 3-game set in the Bronx. The Red Sox will be sending young gun Anthony Ranaudo (3-0, 4.50 ERA) to the hill against Hiroki Kuroda (9-8, 3.88 ERA). Ranaudo will be looking to repeat or build on his last outing against the Yankees in which he gave up 2 runs in 6 innings and picked up the win.

Jemile weeks, who the Red Sox acquired over the weekend, will be making his Red Sox debut tonight, filling in for Dustin Pedroia (still out with concussion like symptoms) at 2nd base and batting 9th. The Sox offense will be looking to repeat last night;s 3-home run, 9-run outburst against Kuroda, who has allowed more than 3 runs in just one of his last 9 starts. First pitch tonight is at 7:05.

Stats and photo courtesy of MLB.com