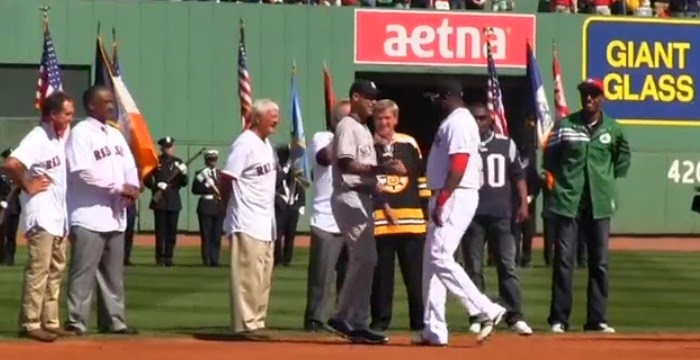 The Red Sox closed out the 2014 regular season, and the Derek Jeter Farewell Tour sponsored by Steiner Collectibles, with an absolute dud performance in a 9-5 loss to the Yankees at Fenway Park on Sunday afternoon.

Clay Buchholz took the loss for the Red Sox. He gave up four runs in the top of the fourth and suffered his 11th loss of the season. Craig Breslow was charged with five more runs in a forgettable seventh inning.

Boston scored three runs in the 7th on a bases-clearing double by Dan Butler and two more on a Wall Ball double by Betts.

Derek Jeter, who was honored by the Red Sox in an elaborate pre-game ceremony that included Troy Brown, Bobby Orr and Paul Pierce, was one for two in the last game of his career. He was replaced by a pinch runner after his third-inning single.