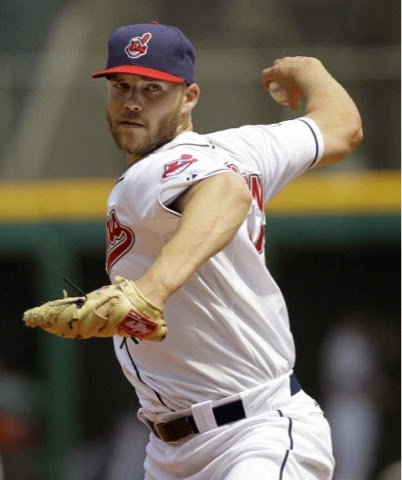 According to NESN, the Red Sox have brought back pitcher Justin Masterson on a one-year deal worth $9 million.
Masterson, who was with the team from 2008-09, is coming off a disappointing season with the St. Louis Cardinals and Cleveland Indians in which he went 7-9 with an ERA of 5.88.
Masterson is the 3rd pitcher acquired by the Sox since last night, joining Wade Miley and Rick Porcello as the newest additions to the Red Sox rotation.
Photo from Cleveland.com.