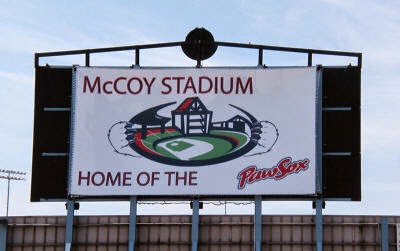 There was discussion around the possible sale of Triple-A Pawtucket, the PawSox, with interest linked to the Red Sox ownership team as we reported in January.

Well now it's not a mystery anymore.

It was sold to a group that will include the Boston Red Sox as a minority stakeholder is complete, according to Alex Speier of The Boston Globe.

The Red Sox joined local owners to purchase the club from PawSox principal owner Madelaine Mondor, wife of longtime PawSox owner Ben Mondor. Ben Mondor saved the team from bankruptcy and likely relocation when he purchased it in 1977 and he remained in charge of the club until his death in 2010.

Fingers crossed that the new owners are smart enough to keep this team within a stones throw of Fenway, where it has been a perfect pipeline of young players. The ease of travel from Pawtucket to Boston has been the major reason that this pipeline has worked so well.

An announcement on Monday is expected to clarify the members of the new ownership group as well as the their future at McCoy Stadium.