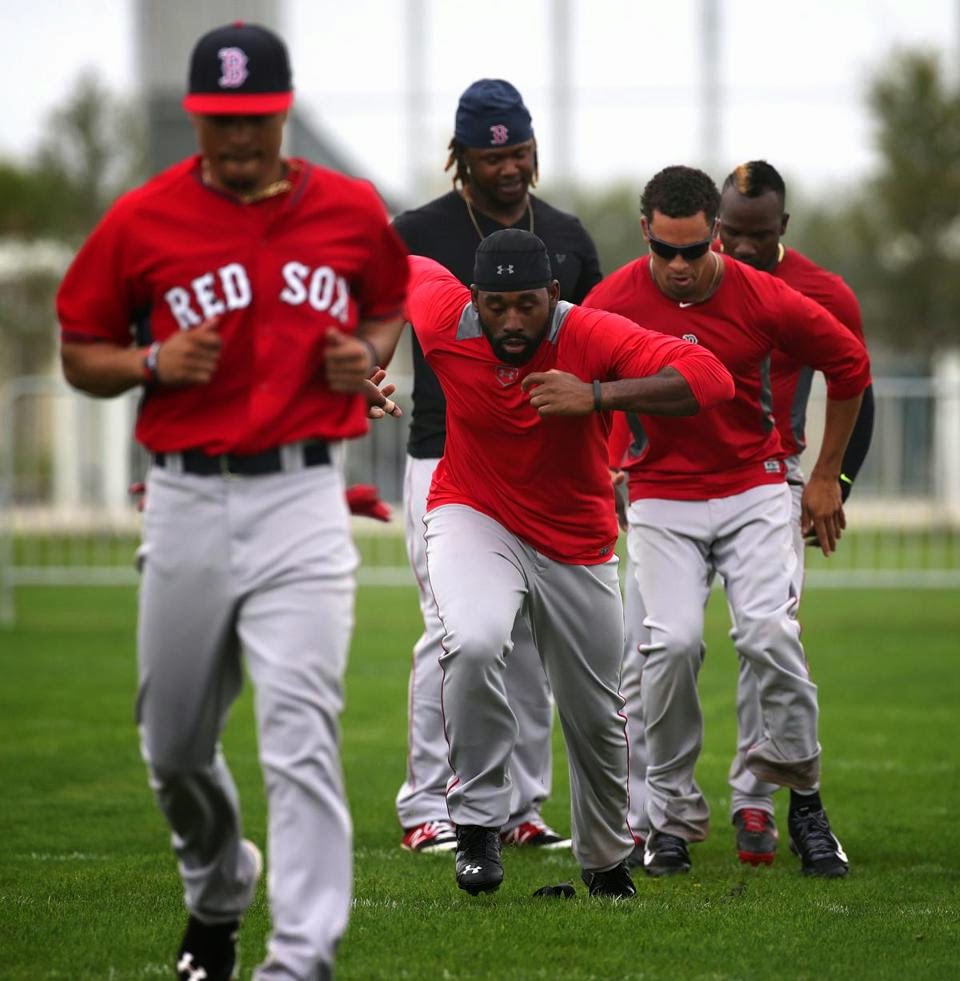 Finally, we have baseball back, but let's take a last look at the final conditioning drills that were done this week.

It's known as the Ickey Shuffle ladder drill.

It is named after Ickey Woods' famous touchdown celebration, is used to test a player’s quickness and agility and was captured on NESN.com by Ricky Doyle.

Note the different approach of the veteran big boys, like David Ortiz in the black shirt and Hanley Ramirez in a sleeveless grey shirt.

Then we have in a slightly different conditioning drill that shows off fan favorite Dustin Pedroia working out with Pablo Sandoval.


It sure looks like the boys of summer are ready to rumble, don't you think?