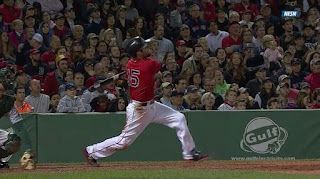 Oh, to be sure, ownership will most likely do something in the next few days. Hitting coach Chili Davis will go; manager John Farrell won't be far behind. In fact, they may go on the same day. And let's not forget the architect of this team, General Manager Ben Cherington. He's probably updating his resumé as you're reading this.

It will all seem very dramatic.

Cosmetic changes, all of them.

The only thing those moves would do is provide Dr. Charles Steinberg with an opportunity to bring in a new sponsor - "Band-Aid...the official sponsor of your 2015 Boston Red Sox."

Ownership can fire the entire front office right down to the secretaries. They can clean out the entire coaching staff. But unless the Red Sox do something bold, something truly dramatic, absolutely nothing is going to change.

A couple of weeks ago RedSoxLife.com's Ben Whitehead detailed beautifully how little this team has accomplished since 2008. Bill Foley pointed out that this team simply isn't likeable.

2015 is a completely lost cause. It's time to look ahead to 2016 and if the Red Sox are going to put a competitive team on the field, they need to do something...and now.

First, allow me to affirm that I am a huge fan of Dustin Pedroia. And for all the usual reasons you hear. Grit, heart, determination, leadership. He's the one player I use constantly as an example to my 14-year old son. "You want to know how to play this game? Watch One-Five play."

But it's time. It's time for the Red Sox to make a statement.

That statement is to trade Dustin Pedroia.

He's signed to a very team-friendly contract that will take him through the 2021 season at a rate that is so far below market value it's almost laughable. Pedroia will be paid on average a little under $14 million a year from now through the end of the contract. By contrast, Robinson Cano will average about $24 million a year for the next ten seasons. How's that working out for you so far, Seattle?

Since being moved into the leadoff position, Pedroia is smoking the ball. Finally healthy again after a couple of seasons with hand/thumb issues, he's already hit nine home runs and with one more he'll be in double figures in that category for the first time since 2012. He's hitting .391 for the month of June.

And the Red Sox will never get more for him than they will right now.

Oh, I can hear the reaction now - "Pedroia's not the problem with this team!"

Precisely. I couldn't agree more. Pedrioa is one of the few things right with the 2015 Red Sox.

The problems are obvious. The Red Sox have a left fielder who's really a designated hitter, signed to a ridiculous contract. Their third baseman, who's apparently also a designated hitter since he can no longer catch or throw the ball, is signed to an equally ridiculous contract. They have a first baseman who is completely lost at the plate. Whatever he and Pedroia talked about on that flight back from the West Coast a couple of weeks ago, or whatever mojo he had from the bat signed by a kid, all of that is long gone. The right fielder is understandably having trouble adjusting to the major leagues, the center fielder is really a second baseman, the catcher is a rookie struggling to learn baseball's toughest position at the highest level of the professional game and the Brock Star is really a AAAA player whose flaws would be seriously exposed if he played on an everyday basis.

But most of all, who would want any of them? Or even if you could find a taker - and the Los Angeles Dodgers aren't about to bail the Red Sox out again - what would you get in return? Unless Boston is willing to absorb salary, and lots of it, no one is taking Hanley Ramirez or Pablo Sandoval off their hands.

And don't even get me started on the pitching staff.

We all know the Red Sox completely blew the Jon Lester negotiations (I still think Rick Porcello's biggest issue this year is that there's no one on the staff he or any of the pitchers can turn to to see how things should be done). Joe Kelly is a mess, you never know what you're going to get with Clay Buchholz, and what were they drinking thinking when they signed Wade Miley to a three-year contract extension?

Untradeable. All of them. And not because of their intrinsic value to the team. Untradeable because no one wants them. 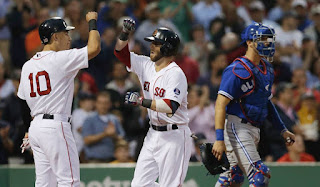 Eduardo Rodriguez has been electrifying in his first three starts. How about we see him go through the league a couple of times before we prepare his Cooperstown plaque? He's a VERY unproven commodity. You wouldn't get much in return right now.

Xander Bogaerts? He shows a lot of promise but I have socks that are older than he is. He has a ton of potential, but he's still an unknown.

Mookie Betts? As exciting as he is, we all really know the kid should be at second base. Another unproven commodity that the Red Sox wouldn't get much return on.

Dustin Pedroia. You want to fix this team? He's the only one who's going to bring you enough in return to build for 2016 and beyond.

It's time for the Red Sox to be bold.

It's time to trade Dustin Pedroia.