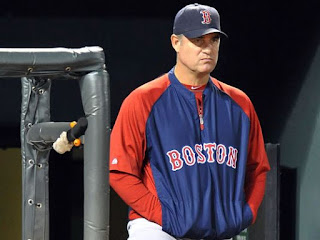 For the 2nd time this season, the Red Sox have now lost 7 games in a row. Joe Kelly returned to the Sox rotation last night after being sent down to Pawtucket one month ago and picked up right where he left off, giving up 3 homers and not have the best command resulted in the righthander's 6th loss of the season. But, as the storyline on this season has unfolded, the offense shares an equal amount of the blame as well. They've scored 9 runs during this road trip so far and have batted under .180 with runners in scoring position. The lackluster squad wraps up their abysmal road trip tonight with Wade Miley (8-8 4.49) taking the ball facing off against rookie Lance McCullers (4-3 2.52) who did not get a decision in his start against the Sox earlier this month.

Miley had a no hitter going into the 7th inning in his first start after the All Star break, but ended up with a no decision which later resulted in a walk off homer from the reigning AL MVP, Mike Trout. The Sox struggles at the top of the lineup resulted in Manager John Farrell giving Mookie Betts the night off last night. Farrell has decided to do the same with Dustin Pedroia tonight after the second basemen got his first hit of the 2nd half last night in an RBI double.