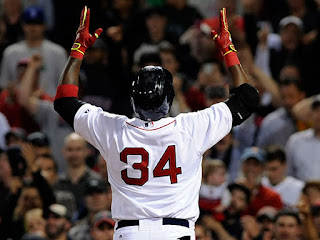 As the Sox look to finish up the season strong, they will begin their last home series against the Yankees tonight. The Yankees have been in the playoff hunt throughout the second half of the season and will look to gain some ground in the Wild Card standings against the last place Red Sox team. But the Sox are trying to finish off a somewhat surprisingly positive month of play. They've won 9 of their last 14 and after winning their most recent series against the Mets, they'll look to gain some more ground on getting out of the basement of the AL East.

Eduardo Rodriguez (7-5 4.39) will look to continue the recent success the team has had, as well as his own mini streak. He's 1-0 in his last two starts but has an ERA of 1.93 in those two and has settled down since his beat down a few weeks ago. The Yankees will have Ivan Nova (5-6 4.50) on the mound, who hasn't been nearly as sharp as Rodriguez. Nova has a 7.17 ERA in his last 4 starts and gave up a season high 7 runs in 4 innings in his last start against the Astros. He's hoping Carlos Beltran will be swinging one of the hottest bats in the AL, because in his last 25 games he's hit .358 with 15 RBIs.