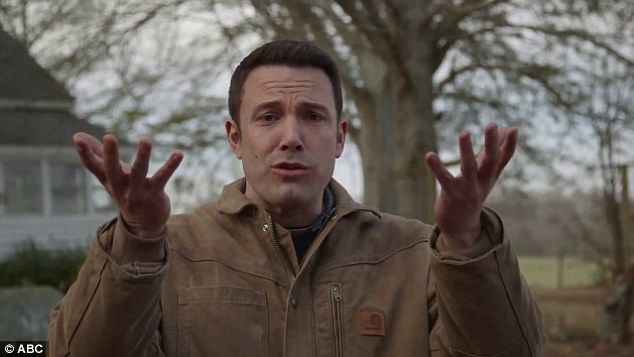 Take heart and breathe easy, fellow Red Sox Nation members: The Olde Towne team may be in the midst of a season-long kamikaze death spiral, but at least Ben Affleck’s long irrational nightmare is over.

On Saturday, the Old Towne Team pounded out 26 hits en route to a 22-10 harpooning of the visiting Seattle Mariners as Jackie Bradley Jr. stroked three doubles and two homers and drove in seven, but the best news by far wasn’t what happened on the field.

Not by a long shot.

August 15, 2015 will be a date that forever lives in infamy for the fact that the Sox pulled together, put Fred O’Bannion on their backs and finally put an end to The Curse of the Benbino.

Forget those 86 years toiling in frustration and outright obscurity. The Red Sox hadn’t won a game on Aug. 15 — Affleck’s birthday — since 1997, when the Sox über-fan and conjoined twin of Matt Damon hit the big time as Chuckie Sullivan (What? A guy from Boston named “Sully”?) in Good Will Hunting.

On that day, The Beantowners celebrated the then-25-year-old Affleck’s newfound fame by recording a 5-4 win over the Minnesota Twins at Fenway as Kerry Lacy got the win in relief when Reggie Jefferson singled in pinch-runner Mike Benjamin in the tenth.

Since that date, however, the Red Sox put a constant damper on Affleck’s big day by going 0-15. Actually, it’s 0-16 if you count the fact that Ben’s birthday game in 2008 was rained out and then replayed on Sept. 13, when the Sox lost to the Blue Jays 8-1.

Affleck, star of such blockbusters as Gigli and Phantoms, thanked his hometown team on Twitter following a win even more robust and tumescent than his recent shower scene in Gone Girl:

The Red Sox, in turn, gave their own Ben-ediction tweet to mark the August occasion:


Affleck, in the news recently as much for his turn as Bruce Wayne in the upcoming Batman v Superman: Dawn of Justice as his rumoured affair with the nanny of his three kids — who (fun fact!) was ten years old when Good Will Hunting premiered — clearly needed a win as much as the Red Sox.

It sure beat the gift given to him by wife Jennifer Garner, who lovingly presented him with withering glares, choice expletives and a 67-year-old Filipina governess to watch little Violet, Seraphina and Sam from now on.

THE CURSE OF THE BENBINO BY THE NUMBERS:

Ben’s younger brother Casey has a significant edge in the Affleckian Beantown Birthday Bonanza. Casey, who was born on Aug. 12, 1975 — the day the Sox recorded an 8-2 win over the California Angels — is 21-13 when the Sox play on his birthday. But his birthday on Aug. 12, 1994 was an especially bad day for Casey — that was the day the strike that would ultimately cancel the World Series began.

Ben can rub his big 22-10 birthday win in Casey’s face this year — Ben’s younger sibling didn’t have much to celebrate four days ago when the Sox got thumped 14-6 in Miami on his birthday.

Keep the Faith. Drink the Dirty Water. Connect with me on Twitter: @jan_doh.