Which Red Sox player will you watch in postseason? 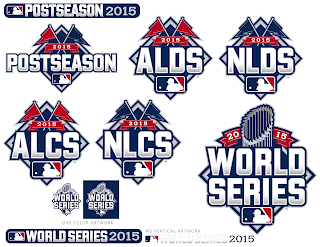 Not really, but there are quite a few previous players still making a run elsewhere at another World Series Ring.

Let's see who might be of interest to watch this postseason. Below the overview, with thanks to Rob Bradford, to help you when channel hopping to watch your favorite players at the plate or on the mound.

The Rangers will start their ALDS series after having won their division on Thursday, 8 Oct. They face the Toronto Blue Jays and will have 1B covered by Mike Napoli.

Who doesn't want to watch Napoli try to crush a David Price fastball?

The Cubs will have to survive a wild card playoff game against the Pirates on Wednesday, 7 Oct. You have the duo of catcher David Ross and pitcher Jon Lester to choose from here. The thing is, Lester will not be starting the wildcard game, so if they don't make it past Wednesday we won't get a chance to see Lester or Ross in the postseason.

The Cardinals won their division and await either the Cubs or the Pirates on Friday, 9 Oct. We have a pitcher earning the league minimum this year in John Lackey who will most definitely get a start in the series.

Who is not pulling for a Lackey vs. Lester game in the NLDS?

The Royals await the winner of the Yankees / Astros wild card playoff game on Thursday, 8 Oct. Jonny Gomes joined the Royals and might see some action as he is slated to be a back up outfielder.

Of course the Yankees will first have a wildcard playoff game against the Astros, but they have looted the Red Sox in the past so you have a myriad of players to watch here. Jacoby Ellsbury will be in centerfield, and Andrew Miller will be available as closer or anything else they need out of the bullpen. There is also Stephen Drew who normally plays second base, but he is out for the postseason with concussion symptoms.

Thus, Red Sox Nation, you have enough of a choice to keep you vested in watching postseason baseball, even though our team is not on the field.