Jose Iglesias hit a two-run home run against his former team as the Red Sox fell to the Tigers 4-2 at Fenway Park. 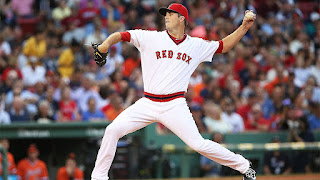 Drew Pomeranz pitched well in the losing effort going six innings. He gave up two runs on four hits and two walks while striking out seven.

Justin Verlander recorded his tenth win of the season allowing just one run over six innings.

Travis Shaw gave the Red Sox a 1-0 lead in the bottom of the second with an RBI double that drove in Jackie Bradley Jr.

Iglesias gave Detroit the lead with his home run in the top of the sixth.

Boston outhit the Tigers 10 to 8 with JBJ and Sandy Leon collecting two apiece.