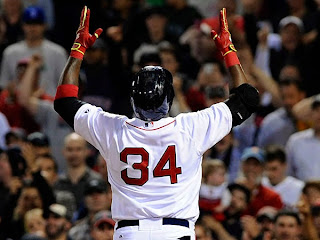 The Red Sox are cruising towards a Division title after their 8th straight win last night in Baltimore and will look to shrink their magic number with another win tonight against the Rays. Just a week ago it appeared that the Sox had finally found some September magic that would vault them into the final couple of weeks, but it did more than that and now the team is looking at the possibility of clinching the Division as early as Sunday afternoon.

Drew Pomeranz (2-5 4.91 w/Red Sox) appears to be the odd man out of the possible playoff rotation. It's not just because he's gone 2-3 with a 4.66 ERA in his last 7 starts, but more so his fellow starters Clay Buchholz and Eduardo Rodriguez have pitched superior to him in the last month and a half. Pomeranz did strike out a season high 11 Rays last month and will try to bounce back from a no decision against the Yankees over the weekend.

The Rays will counter with Chris Archer (8-18 4.05) who already is tied for the most losses in a season for a Rays pitcher. He'll face David Ortiz one last time before the slugger retires and will be happy to see him go. Ortiz has batted .368 against Archer in 38 at-bats, with three homers, 4 doubles and an incredible 17 RBIs.