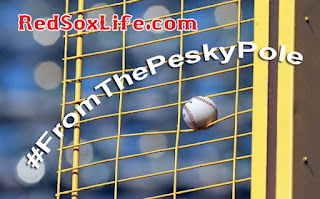 
For this edition of #FromThePeskyPole, I wanted to receive playoff related questions only. I got a couple of good ones. I know the playoffs were very disappointing for Red Sox fans out there, but this team took tremendous strides this year.

The first question was a question that seemed to be the most frustrating for Red Sox fans. Why did the Red Sox change their approach at the plate in the playoffs?

In the playoffs, the Red Sox were too selective. They shied away from what got them to the playoffs. However, a lot of credit needs to be given to the Indians. Their pitchers threw a lot of strikes and hit their spots. When that happens, hitting becomes very hard, and clearly the playoffs are different, as these teams are the best of the best.

As soon as the huge inning in game 1 happened, it seemed as though the Red Sox started to press and put too much pressure on themselves. I had not seen this Red Sox team swing at as many bad pitches and pitches in the dirt as they did in this series. The younger Red Sox players also looked to be star struck. Mookie and JBJ did not look comfortable at all and Xander could never get out of the September slump he was in. But, if you look for something good in this series, it will be valuable experience for the younger kids going forward.

The second question dealt with a former player that I think a lot of Red Sox fans took for granted. That player is Andrew Miller. How could the Red Sox let Andrew Miller get away?

When the Red Sox traded for Eduardo Rodriguez in 2014, it was for Andrew Miller straight up. Everyone knew Andrew Miller was good and was a key piece to the bullpen in 2013 before he broke his foot, but he was a free agent and I do not think Ben Cherington and company really knew what they had. He was a great pitcher in Boston, but no one could have seen what was going to transpire after he left.

Instead of risking losing Andrew Miller and getting nothing for him, why not try and trade him for one of the games top starting prospects at the time of the trade? The Red Sox were in last place and had a fire sale. Looking back on it, Andrew Miller was one of the pitchers you would love to have. I think Eduardo Rodriguez is going to be a very good pitcher in this league. His second half would say that he has perhaps figured it out. However, the sting of losing Andrew Miller will hurt for awhile.

The final question is a fun one about fan loyalties. Who are you rooting for in the World Series? 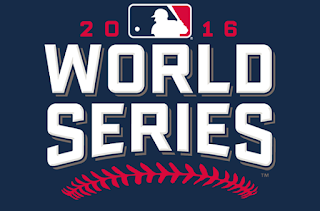 This is a question that I have no problem answering. I would love to be watching Red Sox baseball here next week, as we all would, but this World Series matchup between lovable losers in the respective leagues is going to be great for baseball.

The Indians have Terry Francona who, as we all know, broke the curse in Boston. He then went to Cleveland and has turned that team into a winner. Mike Napoli, who was a integral part to the 2013 Red Sox title run is on that team, as is the aforementioned Andrew Miller. Lots of Red Sox players to root for, especially if you are an American League only fan.

I, however, will be rooting for the Cubs. First of all, I think it will be great for baseball to have the last two champions in this sport be the two least likely teams to win a World Series: The Royals last year and potentially The Cubs this year. The Cubs also have a ton of old Red Sox players and a GM who helped lay the foundation for the Red Sox of today. Jon Lester, John Lackey, David Ross and Felix Doubrount are all members of the Cubs and were also all members of the 2013 Red Sox team. Theo Epstein, who was the mastermind behind the 2004 and the 2007 teams, is the Cubs GM. Anthony Rizzo was a former Red Sox prospect, who was traded to the Padres, and then the Cubs, in the Adrian Gonzalez deal. There is a lot to like about this Cubs team and they are loaded with old Red Sox fan favorites.

It will definitely be a fun World Series to watch.