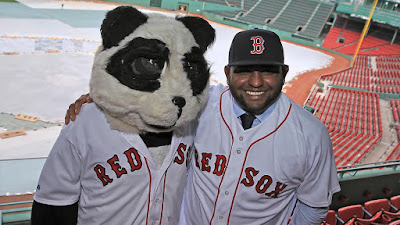 We've reached May, a full month into the season and the Red Sox are still trying to put it all together. In our second RSL Podcast, I'm joined by Evan Marinofsky to break down the latest story-lines and shed a little light on how we think this squad is playing.

We debated on our ideal Sox lineup, which was inspired by Manager John Farrell tweaking the order just enough that led to a major offensive outburst on Saturday and Sunday. In an attempt at trying to praise the move, I wanted to clarify that most of my problems with Farrell has been with his unwillingness to break any habit or trend he might be leaning too much on.

Evan comes in HOT with a rumor that I never saw coming and it totally makes sense. We joked about how poorly the Third Base position has been so far this season, but Evan believes a short term fix is very attainable and could be done relatively quickly too.

Finally, David Price appears to be inching closer to a return. While it would be exciting to be hopeful for his return to dominance and really complete the rotation, we have our doubts.

As I promised in the debut pod, the goal is to put these out every other week at the beginning and see just how much interest is out there. Next podcast will be recorded on 5/22, hopefully you enjoy this one!